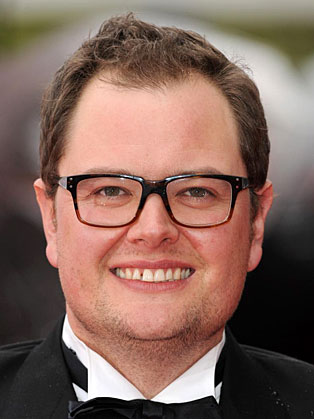 Alan Carr is an award winning stand-up comedian and television personality and is well-known for hosting The Friday Night Project with Justin Lee Collins.

Since winning the BBC New Comedy Award for Stand-up as well as CityLife Best Newcomer of the Year in 2001, Alan Carr has become one of the hottest comedy stars in Britain.

The success of the first series of his own chat show, Alan Carr: Chatty Man, in the summer of 2009, led to Channel 4 commissioning umpteen further series as well as Christmas Specials and his summer, New Year and Grand National Specstaculars. Now Alan Carr: Chatty Man is booked to continue into 2015. In September 2013, the 100th episode was broadcast with A-list guests, Justin Timberlake and Rihanna.

Alan’s BBC Radio 2 show, Going Out with Alan Carr, ran every Saturday between 2009-2012 with Alan presenting alongside the lovely Melanie Sykes.