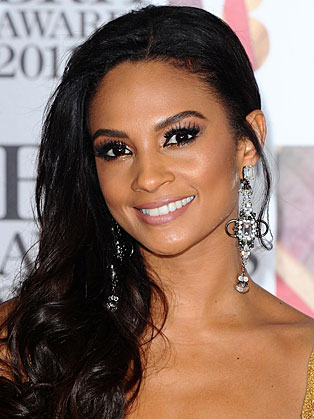 Alesha Dixon is best known for being a judge on Strictly Come Dancing and Britain’s Got Talent.

Alesha Dixon has always displayed the traits that make her so successful. After studying a National Diploma in Sport Studies Alesha found fame with the UK Garage trio Mis-teeq. Boasting hits from ‘Why’ and ‘All I Want’ to ‘One Night Stand’ and ‘Scandalous’, the MOBO winning group scored seven Top Ten singles and released two platinum selling albums. Alesha went on to showcase an electrifying performance after accepting an invitation to appear in the N.E.R.D video ‘She Wants To Move’. Choreographed by Missy Elliott’s choreographer, Hi-Hat, Alesha’s presence in the video helped propel the record to become the band’s biggest hit to date.

After Mis-teeq separated in 2005, when their record label, Telstar, went into liquidation, Alesha was signed to Polydor as a solo artist.

In 2007, indicative of Alesha’s determination, grit and resolve, she joined hit BBC show ‘Strictly Come Dancing’ as a contestant. A testament to her roundhouse talent Alesha went on to win the series receiving the highest marks ever awarded on the show, which led the BBC to ask Alesha to return as a judge on the 2009, 2010 and 2011 series.

Alesha signed a new deal with Asylum Records, which resulted in an incredible 2008 and 2009, with smash hits including ‘The Boy Does Nothing’, ‘Breathe Slow’ and ‘Let’s Get Excited’. The success of the singles spurred Alesha onto a variety of other achievements including recording and penning ‘To Love Again’ with the UK’s finest songsmith - Gary Barlow, platinum album sales for ‘The Alesha Show’, a BRIT nomination and a sold-out UK tour. She also climbed to the peak of Mt Kilimanjaro the same year helping to raise over £3 million for Comic Relief alongside the likes of Cheryl Cole, Fearne Cotton and Chris Moyles.

Along with her incredible UK support, Alesha is one of a few UK artists in recent times to enjoy significant international success with singles from ‘The Alesha Show’ topping the charts in Europe and Australia.

In addition to her music and ‘Strictly...’ work, Alesha is also a presenter, model, philanthropist and business-woman. She has made several documentaries on subjects ranging from domestic violence to the digital age in the entertainment world. As well as working closely with the RSPCA, the PDSA, the ACLT (African-Caribbean Leukemia Trust) and Comic Relief, Alesha is an official ambassador for both Help A London Child and The Prince’s Trust and also backed Nickelodeon’s 2009’s anti-bullying initiative. She collaborated with Dune on a line of jewellery, the proceeds of which were donated to the Teenage Cancer Trust, and had her own jewellery line with Evoke. Alesha also announced a four-year profit- share with health club LA Fitness. Rather than just being an advocate for the brand, Dixon is the creative director who is actively involved in advising the company on classes and recruiting new members.

2012 Saw Alesha move from her judging position on Strictly Come Dancing to become a judge on Britain’s Got Talent, where she joined Simon Cowell, Amanda Holden and fellow newbie David Walliams, her first series was a great success with BGT having it’s best year in the TV ratings and her move was deemed to be a huge success for BGT. Alesha returned to her position on BGT again for the 2013 series and will be returning once again for 2014.

Following on the success of BGT in 2013, Alesha was on co-hosting duties on ITV’s new Saturday night show “ Your Face Sounds Familiar” co-hosting with Paddy McGuiness. She has also completed a 3rd series of her CBBC dance show “Alesha’s Street Dance Stars” due for broadcast in August 2013.

Alesha worked with AVON Cosmetics as brand ambassador for the UK and Ireland, and has worked with them on their domestic violence initiatives with great success.

Alesha’s third album “Do It for Love” was released in 2015. In 2014 and 2015, Dixon co-presented segments of ITV's Text Santa. She has worked with several LGBT charities and headlined London and Brighton Pride in 2016 and co-presented Sport Relief 2016. In 2017 Alesha presented Dance Dance Dance, a six-part reality series for ITV. She has recently backed social media campaign #LikeAGirl launched by Always to encourage teenage girls to be strong and confident.