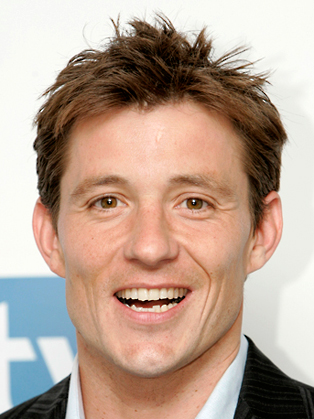 Ben is best known for hosting a plethora of shows and interviewing leading world figures.

A challenging and intelligent broadcaster, Ben has interviewed leading figures from the worlds of politics, sport and entertainment including David Cameron, Madonna and Sir Clive Woodward. His professionalism and adaptability makes him the host of choice for a wide range of high profile events such as the BAFTA’s, DofE Awards and the British Olympic Association Ball.

Ben Shepherd was born in 1974 and achieved a 2:1 BA Honours from Birmingham University in Dance, Drama & Theatre Arts. In addition to this, Ben travelled the world solo, utilised his fluency in French by working & training in wine tasting in a French wine chateau (which he nearly burnt down!!!), is a huge West Ham Supporter (he famously got Britney Spears to admit she was an “Irons” Fan) and he is an extreme sports fanatic with kitesurfing his main passion.

Ben's first TV break came in 1998 when he hosted Control Freaks for Channel 4. This was swiftly followed by co-hosting The Bigger Breakfast (Ch4) with Melanie Sykes and Josie D’Arby. In October 1998, Ben launched the cult Sunday morning TV show, T4 and remained its anchor presenter until December 1999.

In 2000, Ben joined GMTV as the co-host of Entertainment Today (8.30-9.25am, ITV1) with Jenni Falconer. Ben first sat on the GMTV sofa as a stand in for Eamonn Holmes in July 2003 and took over the reigns in May 2005 - the youngest male to ever do so! Between 2004 and 2006, Ben presented four series’ worth of the highly acclaimed and award winning The Xtra Factor.

Ben started 2006 by co-hosting Soapstar Superstar for ITV1 with Fern Britton. He then went on to present Make Me Perfect (ITV1) and turned his hand to radio with Magic FM Saturday Breakfast. In May, he took on the world and played football for England….in the pro-celebrity football match SoccerAid. 2007 started with hosting Dancing On Ice Extra (January – March ITV1). Throughout the summer he presented the BBC1 Saturday night primetime show Dance X and began a weekly show on Heat Radio.

In March 2008, Ben put on his boxing gloves for Sports Relief when he fought, and defeated, Lemar! In April 2008 he became the new host of 1vs100, the hit BBC1 Saturday night gameshow. He returned in June 2008 with Denise Van Outen when they hosted the ITV1 Saturday Night prime time show, Who Dares, Sings! Ben entered the World Records Books in Autumn 2008 thanks to the co-hosting Guinness World Records Smashed and getting the record for “Worlds Highest Reverse Bungey” and, once again, he pulled on his England jersey for SoccerAid (ITV1).

2009 proved to be as challenging-both physically and mentally! Iconic quizshow, The Krypton Factor returned to ITV1 with Ben at the helm of “Televisions Toughest Quiz”. In March he climbed Mount Kilimanjaro for Comic Relief with, amongst others, Gary Barlow, Chris Moyles & Cheryl Cole. He returned to BBC1 for another series of 1vs100 in May 2009, and all of this whilst continuing to anchor GMTV Monday to Wednesdays.

During 2010, Ben returned with the second series of The Krypton Factor (ITV1) & co-hosting Dancing on Ice Fridays (ITV1). After 10 years of “the sofa”, he left GMTV in July and in August, undertook a new career challenge – signing to Sky Sports to be their anchor host for Goals on Sunday and The Champions League. He also completed a personal challenge in August by running the width of Great Britain for charity – something he’s surpassing in 2011 by cycling one way and running back the other!