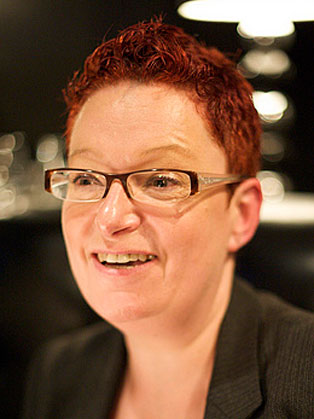 Dr. Sue Black is a computer scientist and was previously Head of Information and Software Systems at the University of Westminster, London. She has also been instrumental in championing the saving of Bletchley Park from destruction due to lack of funding.

After graduating from London’s South Bank University in 2001 with a PhD she founded the British Computer Society Specialist Group BCSWomen and is an advocate of women in computing.

Dr. Sue Black runs a blog to help raise awareness of and funding for Bletchley Park, the UK World War II centre for decrypting enemy messages. She used other Web 2.0 technologies such as Facebook and Twitter for this purpose. She has also appeared on BBC television, radio and in press articles.

“If I can do it, so can you” is the inspiring and motivating story of one woman’s determination to succeed. 25 years ago Dr Sue Black was a single parent with three small children living on a council estate in Brixton. She is now one of the top 50 women in tech in Europe, received an OBE and just been appointed to the Government Advisory body shaping digital services. Sue talks about how she brought her family out of poverty and built a successful career through education, passion and a determination to succeed.

“Did Twitter Save Bletchley Park?” After a visit to Bletchley Park in 2008 Dr Sue Black started a campaign to save the site. Using her network she quickly got coverage in traditional media: appeared on the BBC Radio 4 Today programme and on the BBC News. It wasn’t until she started using Twitter however that the real positive changes started to happen. Social media and the way that it can connect like minded people so quickly really ramped up the campaign bringing together thousands of people to make a positive difference. Sue discusses traditional vs social media and campaigning, what works and why. She has now written a book about the campaign: “Saving Bletchley Park.”