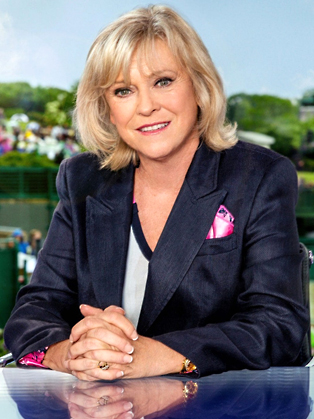 Formerly Britain's number one tennis player and number three in the world rankings, Sue is now the UK's leading female sports presenters and an extraordinarily popular and much loved celebrity.

Sue Barker is one of the linchpins of BBC Sport, anchoring both Wimbledon and the Olympics. She also holds court over Matt Dawson, Phil Tufnell and their guests as host of the long-running television quiz, A Question of Sport.

After retiring from the game Sue worked with NBC and Australia's Channel 7 before joining the BBC on Grandstand. She has also presented horse racing and Sports Personality of the Year.

After 19 years, Sue recently decided to step down from her role in presenting BBC's Sport Personality of the Year, and begin downsizing her commitments to presenting within the BBC.