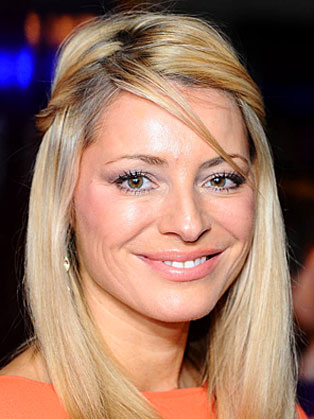 Tess Daly co-presents Strictly Come Dancing and has done since the show started in 2004.

Tess Daly was brought up in Derbyshire by a hard working family who encouraged her to learn ballroom dancing as a child. Her career started with modeling and appearing in music videos after being approached by a talent scout in Manchester. She has worked in Paris, New York and Japan, and graced many magazine covers but her life changed in 1999 when she was given her big break as presenter of The Big Breakfast’s ‘Find Me A Model’ competition.

Daly went on to present shows such as Children in Need, The Royal Variety Performance and The National Lottery:  This Time Tomorrow. In 2008 Tess won a special version of Strictly Come Dancing against Terry Wogan, where she was partnered with Anton du Beke.

Daly is also involved in a number of charities including Help for Heroes. She is also a patron for Great Ormond Street Hospital.