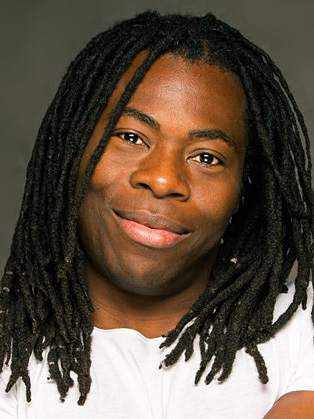 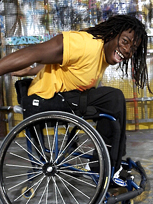 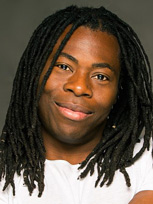 Having survived polio as a youngster, Ade Adepitan MBE has since succeeded as an international Paralympic wheelchair basketball player and has built up a wealth of Broadcasting experience.

Flashback to his early presenting days and some of you may remember Ade Adepitan from the CBBC series X-Change and the BBC ‘dancing wheelchairs’ idents. An instantly recognisable face, Ade has travelled the world for his work including the BBC’s internationally known Travel Show exploring the history and cultures behind the globe’s most enticing countries.

Never one to hold back, Ade Adepitan regularly goes under cover, investigating controversial and ground-breaking stories for Channel 4’s award winning documentary series Dispatches. Recent episodes have seen him confronting the UK’s benefit system’s personal disability allowances. He is also a regular reporter for foreign affairs series Unreported World. Throughout the series, Ade shines a light on shocking hidden truths, exploring the controversial gay scene in Jamaica and unveiling the illegal doping activity of Kenya’s Athletes- a story wildly covered by the press.

Other documentary work includes Ade Adepitan: Journey of my Lifetime, which saw Ade return to Nigeria, the place of his birth to explore the continuing Polio endemic there. He is also a regular reporter for the BBC’s One Show. Ade has hosted countless sporting events including co-hosting the BAFTA award winning coverage of the 2012 Paralympics alongside Clare Balding,

The 2014 Sochi Winter Games for Channel 4, The IPC Athletics, The Channel 4 Anniversary Games, The 2016 Invictus Games– created by Prince Harry and of course the 2016 Rio Paralympics.

Ade’s personal sporting achievements include a Bronze in The Athens Paralympics, Silver in the European Championships and Gold in The World Championships. Ade received an MBE in 2005 and was awarded Honorary Doctorates from Loughborough University in 2006 and the University of East London in 2010.

Ade continues to practice his much loved sport of wheelchair basketball and is due to take part in a tournament abroad this year. Ade continues to support a plethora of charities including Amnesty International, Unicef and NSPCC including many other sporting organisations. In 2012 Ade opened the Ade Adepitan Short Break Centre – a community centre in Brent for young people with learning difficulties and physical disabilities. He has recently become a Patron of Rotary International UK and Ireland, supporting the ‘Purple4Polio’ campaign- fighting to eradicate Polio all over the world.

He has done a number of high profile public speaking engagements including the launch of the 2012 Olympic bid. He works extensively in the UK giving motivational speeches to schools, charities and businesses.

Coinciding with the 2016 Olympics and Paralympics, Ade co-hosted The Superhuman’s Show with Alex Brooker. He also joined Anita Rani and Dan Snow for World’s Busiest City: New York - a 3 part series for BBC 2, providing an insight into the transport links, local delicacies and beautiful landscapes the Big Apple has to offer. The successful series returned in 2017- this time Ade and his co-presenters visited 4 of the World's Busiest Cities- Hong Kong, Delhi, Mexico and Moscow. Ade is ending this year with a bang- presenting Children in Need for the second time alongside Tess Daly. A successful show that raised record-breaking funds of £50.1 million!