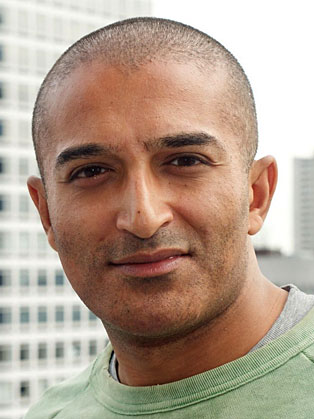 Adil Ray OBE is the creator and star of BBC1’s primetime sitcom Citizen Khan. He is also a versatile broadcaster and presenter.

Adil Ray is a British actor and radio and television presenter. He stars in the BBC One comedy Citizen Khan, which he created and co-writes, as well as presenting on various BBC radio stations and regular to ITV Good Morning Britain filling in for Piers Morgan.

When not writing and performing comedy, Adil’s TV presenting credits include presenting documentaries, magazine shows and travel journalism across all four BBC networks.

Adil’s recent work includes the highly acclaimed and award-winning BBC3 documentary Exposed: Groomed For Sex. Adil received praise for the way in which he tackled the controversial issue of young girls being groomed by some Pakistani men, creating a thought-provoking and brave documentary and picking up a Royal Television Society Award for Best Current Affairs.

Adil has also co-presented the BBC Two series Explore where he reported on news stories from Argentina and Turkey. For 5 years Adil presented  the award-winning BBC Two Asian Arts and Entertainment series Desi DNA. Other credits include the RTS-nominated comedy Is It Coz I Is Black? on BBC Three, and BBC Four’s Tales From Europe with Kirsty Wark. Since 2018 Adil has joined the ITV Good Morning Britain line up and keenly tipped to replace Piers Morgan.