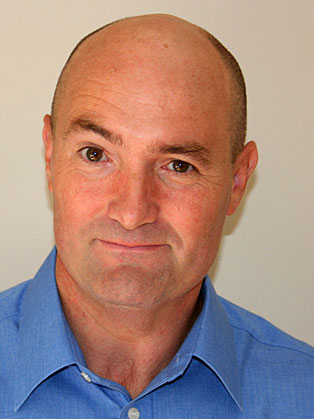 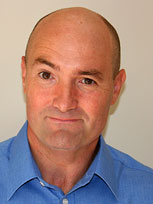 One of the UK’s most popular motivational business speakers - Adrian delivers powerful messages on behalf of clients in a completely unique and truly unforgettable, fun way.

Drawing on his vast amount of practical experience as a motivator, high performance team builder, leadership, behavioural change and customer service expert, Adrian takes audiences on an emotional roller coaster ride as he brings to life a whole new world of motivational terminology and characters that everyone can instantly identify with, take away and put to good use. A world not a million miles away where TNTs rule, SONAR is the key, Neg Ferrets and BLOATERS reside, Planet Complacency is to be avoided and Sleepwalkers are woken - all of whom you will no doubt instantly recognise!

The son of a Yorkshire coalminer, Adrian started his career as a police officer in St Pauls, Bristol.

He left the police shortly after the St Pauls riots to go ‘back to school’ becoming President of Southampton Students Drama.

Fed up with being a poor student, he spent the next four years building up a dairy company, knocking on thousands of doors persuading households and local shops to buy his milk.

To help ‘fund’ his career, Adrian started selling a wide range of products, ranging from frozen food to property. He quickly discovered he could make some real money in sales and began to take selling seriously, the part time sales side soon took over as his full time career.

In 1987, he moved into I.T. sales and by 1989 he had established himself as one of the most successful sales professionals in the I.T. industry.

After two highly successful years as Corporate Sales Manager of US Robotics, he joined Northamber Plc as Group Sales and Training Manager responsible for recruiting, training, motivating and ‘driving’ 150 staff to achieve phenomenal success on shoestring budgets. It was during this time that he discovered an ability to inspire others, and out of necessity to deliver amidst ferocious competition – the motivational world of Polar Bear Pirates was born.