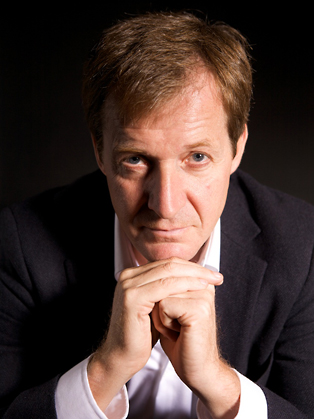 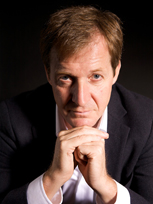 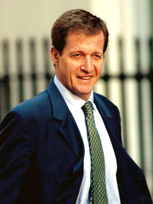 Alastair is a media communicator and strategist best known for his role as former UK Prime Minister Tony Blair's spokesman, press secretary and director of communications and strategy. He played a key role helping to create New Labour and return them to power. Alastair did this job for Labour's first term but after helping Tony Blair win a second landslide election victory, he became Director of Communications and Strategy until 2003. He is also an advocate for mental health issues due to facing his own battles with depression and alcoholism.

Popular author, amateur triathlete, columnist and one-time spin doctor never had parliamentary aspirations of his own but was dubbed ‘the real PM’. Alastair throws light on the relationship between government, the press and the people.

Alistair Campbell was born in Yorkshire in 1957, the son of a vet. His family moved to Leicester in 1968, and he went to school there until going to Cambridge University in 1975. He graduated four years later with a degree in modern languages. His university education included a year in France when he had his first "journalism" published, articles on sex in Forum magazine. He also busked around the world with his bagpipes.

Finally he decided to become a journalist and trained with the Mirror Group on local papers in the West Country before joining the Mirror itself in 1982.   He left in the mid 80s to work for Eddy Shah's Today newspaper as news editor but had a nervous breakdown and left to return to the Mirror after convalescence. He rose to become political editor and the paper's chief political columnist. He then worked briefly for Today under new ownership in 1994 before being asked by Tony Blair to be his press secretary when Mr Blair became leader of the Labour Party. He did this for three years, and played a key role helping to create New Labour and return the Party to power.

After the 1997 election he became the Prime Minister's Chief Press Secretary and Official Spokesman, which entailed the co-ordination of Government communications and twice daily briefings of the press. He did this job for Labour's first term but after helping Mr Blair win a second landslide election victory, he became Director of Communications and Strategy. He did this until he resigned in September 2003, saying it had been enormous privilege but he wanted more of a life with his partner Fiona and their three children, now aged 18, 16 and 11.

His main hobbies are running, bagpipes and following Burnley FC. He took up running five years ago at the instigation of his sons and he has since run the London Marathon, the Great North Run, and the Great Ethiopian Run, and completed the London Triathlon, all for Leukaemia Research Fund, his best friend having been killed by the disease.

Since resigning he has been spending his time making speeches, writing, working for his charity, and continues to advise the Prime Minister informally. He returned to the Labour Party for six months prior to the 2005 general election.   Campbell has presented a series of TV interviews for Channel Five, whose subjects included President Clinton, Peter Mandelson and US cyclist Lance Armstrong. He also writes on sport for The Times, the Irish Times and Esquire magazine. He has also conducted a tour of UK regional theatres to talk about, and be quizzed on, his time with Tony Blair.

Campbell was also communications adviser to the British and Irish Lions rugby tour of New Zealand last year. In his time in Downing St he was involved in all the major policy issues and international crises. He has said that in ten years in the media, and a decade in politics, he has seen his respect for the media fall and his respect for politics rise.

His political career is highlighted:

1994-97 Press Secretary to the Leader of the Opposition