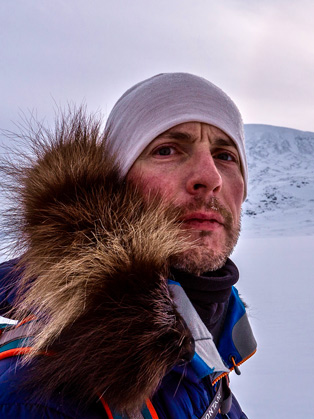 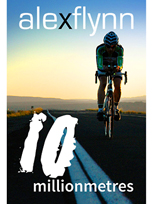 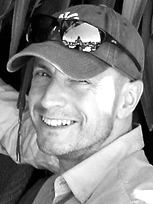 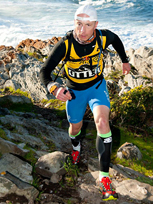 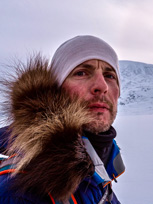 Alex covered a distance of 10 million metres (6,214 miles) across some of the Earth’s toughest terrain by running, cycling, swimming, kayaking and climbing an epic distance where only the races count and every second fighting Parkinson’s disease.

All it took was a cup of coffee to change Alex’s life forever and set in motion the indomitable will and desire that lead him to realise an astonishing adventure that Sir Ranulph Fiennes OBE has described as “seriously hard”. An experienced speaker, whether for a keynote address, conference, school or community events, Alex’s presentations have brought humor, insight and adventure to audiences around the world.

Alex is a father of three sons and an adventurer and writer. As a consequence of his many adventures, undertaken as part of his 10MillionMetres challenge, speaking in over 16 countries worldwide, film production, and more, you can also say he is an extensive and experienced world traveller.

He was diagnosed with the currently incurable Parkinson’s disease in 2008. This became the catalyst in his life for showing people the possibility of creating positive change in the face of adversity. In doing so, he has motivated, entertained and inspired audiences across five continents.

Alex has run, swum and cycled more than 10 million meters accumitavely including by:

Alex faces his fears head on,  all the whle raising £380,000 for charities including Cure Parkinson's and Spotlight YOPD. Alex co-founded the latter charity himself to ensure younger people with the disease have a dedicated resource to access support.

With a unique and uplifting perspective on life, adventure, travel and the world, he has used this skillset as a writer, contributing to magazines and newspapers, and also when speaking and presenting to companies, teams of employees, and industry leaders.

Alex’s adventures remain incredible feats of courage and determination. The ideals passions, dreams and ultimately his achievements show us what we can all achieve with belief and vision of purpose.

Alex gave an inspirational speech at our recent event on the topic of ‘resilience’. He is a remarkable person and captivated the room recounting his many adventures. The feedback was 100% positive from all of the attendees. Thank you Alex for sharing your amazing journey.

Alex gave a stunning account of his reactions to life with Parkinson’s. Alex shared some of his motivations and gave a taste of his experiences in racing 10 million metres to raise £1 Million for Parkinson’s research. Several attendees commented that Alex’s contribution was the highlight of the day.

Rarely does one hear about such an inspirational and heroic Briton as Alex Flynn. The challenges he has successfully undertaken would be considered seriously hard by anyone’s standards and are, in my view, independently worthy of recognition.

Alex is a true inspiration and his story makes you realise how much it is possible to achieve when you truly put your mind to something.

I was totally blown away by the presentation today, what an amazingly inspiring guy, he really gave me food for thought on how to deal with my disability and live life to the full.