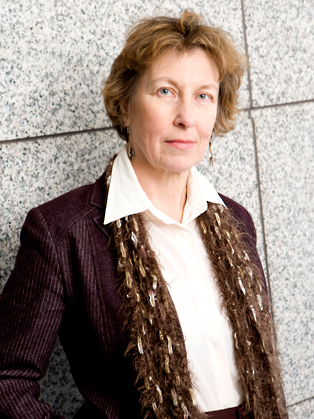 Alison is a professor of public sector management at King’s College, London, education policy adviser to the U.K. government, and author.

Alison is an economist and Sir Roy Griffiths Professor of Public Sector Management at King’s College London. Alison's study focus is based upon the relationship between education and the labour market. Her latest book is The XX Factor, from this basis, turns to focus upon the current reality that is the relationship between women and work. Alison discusses how women are moving boldly into the ranks of the power and business elite, but at the cost of creating a new society.

Alison Wolf is the Sir Roy Griffiths Professor of Public Sector Management, and specialises in the relationship between education and the labour market. She has a particular interest in training and skills policy, universities, and the medical workforce. The latter is particularly appropriate to the Chair she holds, established in memory of an influential government adviser on medical management.

Professor Wolf is the director of the MSc in Public Services Policy and Management, which recruits students who are either already working in or planning a career in the public services (including the voluntary sector). She is also highly involved in policy debate, both in this country and more widely. She has been a specialist adviser to the House of Commons select committee on education and skills; writes widely for the national press and is a presenter for Analysis on BBC Radio 4; and in March 2011 completed the Wolf Review of Vocational Education for the Secretary of State for Education.

While most of her current work focuses on the interface between education institutions and labour markets, she also has long-standing interests in assessment, and in mathematics education. Professor Wolf was awarded the 2008 Sam Aaronovitch memorial prize for her article in Local Economy on the Leitch Review of Skills. She has been an adviser to, among others, the OECD, the Royal College of Surgeons, the Ministries of Education of New Zealand, France and South Africa, the European Commission, the International Accounting Education Standards Board, and the Bar Council. She was educated at the universities of Oxford (MA, MPhil) and Neuchatel; spent her early career in the United States working as a policy analyst for the federal government, and spent many years at the Institute of Education, University of London, where she is a visiting professor.  Professor Wolf was awarded the CBE for services to education in the Queen's 2012 birthday honours.  Alison's latest book is "The XX Factor: How Working Women Are Creating A New Society".