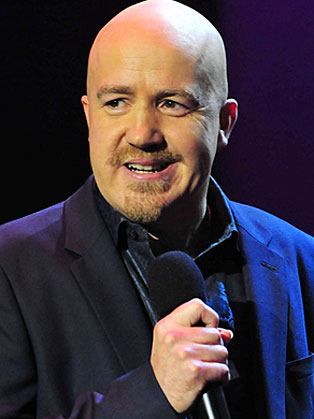 Andy Parsons is an English comedian and writer.

Andy regularly appeared on Mock the Week until he announced he was leaving in 2015. With comedy partner Henry Naylor, he has written and presented nine seasons of Parsons and Naylor's Pull-Out Sections for BBC Radio 2.

Andy started his career writing for Weekending and went on to become one of the main writers on the ground-breaking Spitting Image satirical puppet show. Andy has performed on numerous radio & TV shows including Live at the Apollo, Mock the Week, QI, Saturday Live, The Stand Up Show, The Comedy Store, They Think It’s All Over, The PMQ show, Scrooby Trevithick and Parsons & Naylor’s Pull-Out Sections.

Having won the Time Out Comedy Award in 2002 he has performed his stand-up all over the world from the prestigious Montreal and Kilkenny comedy festivals to touring Australia and New Zealand. To date he has done three sell-out National tours and in 2009 he released his debut DVD ‘Britain’s Got Idiots’, which was followed up by ‘Gruntled’ in 2011 and ‘Slacktivist’ in 2013.