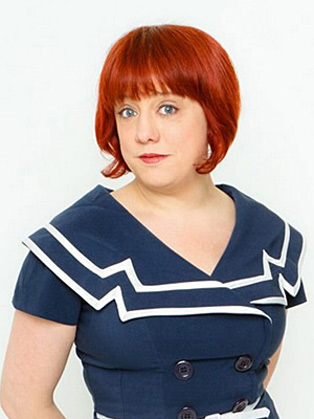 Angela Barnes is best known as a comedian.

Angela Barnes is a BBC New Comedy Awards winning English Comedian who has appeared on topical shows such as Stand Up for the Week.

After a career in health and social care, Angela Barnes decided to realise a long held ambition and give comedy a go. Within a couple of years she had won the 2011 BBC New Comedy Award and became a finalist at the 2011 Latitude Festival New Act of the Year competition. Since 2011, Angela and her witty world view have been catapulted onto numerous radio and television shows including appearances on BBC Three’s Russell Howard’s Good News, Russell Kane’s Whistle Stop Tour (BBC Radio 2), and BBC Radio 4’s The Now Show.