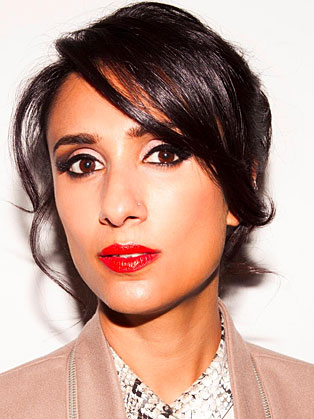 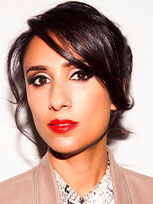 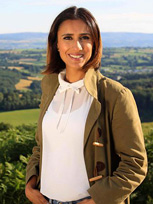 Anita Rani is an English radio and television presenter and journalist of Indian descent.

Anita Rani is the presenter of the RTS award winning Four Rooms, the antiques show with a twist on Channel Four. She is a member of BBC1’s The One Show presenting team and reporting team, fronts Escape To The Continent and has presented numerous documentaries for the BBC.

Anita is one of the lead presenters on BBC One’s Countryfile and is a regular part of the One Show team.

Having wowed the audience of Strictly Come Dancing 2015 with her hard work, enthusiasm and total fearlessness, Anita returned to the dance floor as host of the Live Tour in early 2017.

Anita recently presented and co-produced BBC One’s 2 part series My Family, Partition and Me: India 1947. During this emotional and sobering journey, Anita explored the human impact of the Partition of India through the intimate stories of four British families, including her own. Using compelling first-hand testimony from British Partition survivors, their children and grandchildren to retrace the dramatic journeys they were forced to make during Partition.

2016 was a busy year for Anita. She visited the Zaatari Refugee camp in Jordan, listening to the refugee’s moving stories and catching a glimpse of real life in the camp. The Refugee Camp: Our Desert Home featured as a prime time two part series on BBC One.

In January 2016, Anita also travelled to the U.S to explore New York: America’s Busiest City for a three part BBC 2 series . Anita and co-presenters, Ade Adepitan and Dan Snow, investigated the transport links, local delicacies and the beautiful landscapes of the Big Apple.

Delving into her family tree, Anita featured in the popular BBC series Who Do You Think You Are? In an episode that resonated widely, Anita travelled from Bradford to the Punjab, and was visibly moved by the discoveries she made about her grandparents, and the bigger story it told for many other families.

Turning her hand to live TV, Anita joined the team at ITV’s This Morning for 5 shows across the summer, co-hosting alongside TV chef James Martin. She has also hosted the One Show on a number of occasions.

During another trip to India, Anita got stuck into experiencing the daily life of a commuter, enduring a hectic commute from CST station in Mumbai and exploring the complex food delivery system in the city. The World’s Busiest Railway featured as part of the BBC’s major India season in 2015.

Anita has presented a wide-range of factual programmes, for both the This World strand, and the Four Wheels series, both on BBC Two.

Her resume also includes Escape To the Continent, as well as the RTS award-winning Four Rooms on Channel 4. In 2012, Anita turned her hand to baking and was crowned Comic Relief’s Great British Bake Off’s inaugural winner. A highlight of Anita’s earlier career was presenting the monumental Royal Wedding ceremony back in 2011, broadcast live to millions worldwide on BBC One.

Summer 2016 saw the first ever Countryfile Live event held at Blenheim Palace. An interactive four day festival including food and gift markets, live talks and numerous outdoor activates saw more than 125,000 pass through the famous grounds. Due to its success, Anita will be returning to Blenheim Palace for the live show again this year.

Much in demand, Anita’s expeditions have taken her all over the world. Anita’s infectious enthusiasm, passion and wide-ranging interests mean she is equally happy at home presenting live TV, or filming international documentaries. Always ensuring she gets the best out of her interviewees, whether it’s a farmer in Yorkshire, or a tribal leader in Papua New Guinea!

Earlier this year Anita set foot on the Red Carpet, providing live backstage coverage from the prestigious Olivier Awards. Talking all things Theatre, Anita interviewed the likes of Tim Minchin and Glenda Jackson amongst other stars. She also took to the stage, hosting the UNHCR Nansen Refugee Awards in Geneva- an evening to celebrate the individuals and organisations providing outstanding service to refugees, displaced or stateless people. Anita was also lucky enough to interview Hollywood A-Lister and real life action man Tom Cruise. The One show interview saw them discussing his new film and reminiscing about his film career.

History and current affairs – The partition of India, Feminism, BAME women in the TV industry, the pay gap/equal pay, the refugee crisis

Wildlife and the outdoors