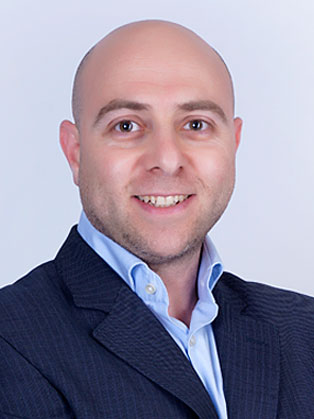 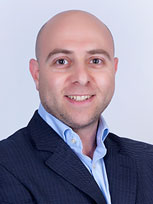 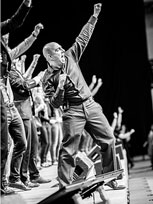 Arnon Barnes is a master entrepreneurial coach and peak performance trainer. He has developed signature mentoring programs that help both aspiring entrepreneurs as well as established and seasoned ones build insanely successful businesses and become even more successful in both business and life.

Arnon Barnes started his first business at the age of 11 and by the age of 28, Arnon achieved financial freedom. Today, Arnon is a Serial Entrepreneur, Peak Performance Trainer, International Speaker and one of Europe’s Leading and most Exciting Business Mentors. He has successfully trained and mentored over 40,000 people in many different arenas of business from over 52 different countries including South Africa, Switzerland, Denmark, England, Germany, the Netherlands, Israel and Australia to name a few. His signature mentoring and training programs have helped increase their productivity, personal and business income as much as 40% in a matter of weeks.

Arnon grew up in Johannesburg, South Africa during apartheid, a volatile period in which his family actively went against the status quo by sharing their home and lives with a Zulu family. Eventually the atmosphere became so grim that they had to leave the country. They moved to Israel and by the age of 16 Arnon found himself positioned as the man of the house due to his father’s decision to stay behind in South Africa alone and build a new life for himself.

As a result Arnon dropped out of school, to help his mother pay the rent, clothe his younger sister and baby brother and help put food on the family table in a country where they had no financial support, no friends to fall back on, nor spoke the local language.

By the age of 22 Arnon has successfully completed serving 3 years in the IDF (Isreali Defence Force), learning many important lessons including discipline, team work and the power of  focus. Within a year after he finished his service in the IDF, he moved to Canada to embark upon a different kind of adventure. Working in the retail industry, he soon found himself leading the sales teams and operations, gaining massive experience interacting with people.

Soon afterwards Arnon relocated to London where he started building his own retail company. Within less than 6 months Arnon successfully established over 10 retail shops and within the first year, was generating hundreds of thousands of pounds in sales. Arnon’s retail business also called for traveling to many interesting places around the globe including Hong Kong, Sweden and Scotland.

By the time Arnon was 28, he sold his UK based company and started strategically investing in real estate. Within a few short months Arnon had reached financial freedom.

Arnon discovered that his natural talent of creating relationships with people, strategic thinking and negotiating skills came in very handy when venturing out into new countries, businesses and industries. His ability to build strong partnerships, motivate and inspire people, and raise millions of Euros for investments has enabled him to be successful in various business arenas such as retail, tourism, the hospitality industry and real estate.

Currently Arnon is also writing his second book sharing the important lessons he learned during his career as a business owner and master entrepreneur.

Arni is a wonderful coach who helps you to remain focused. He calls you on your behavior which for me was very helpful. I learned a lot about myself during the Super Focus Formula program and am very happy I did this.

I have known Arnon for over a year now and had the pleasure of working with him a couple of times now. He has an extreme passion for helping people to achieve greater things in their lives. His power and dynamism on stage is simply amazing. It is always a pleasure to work with him.