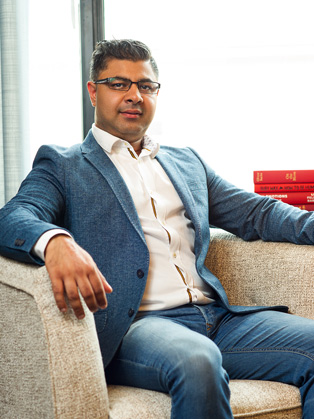 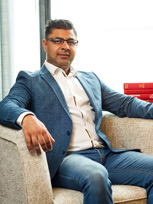 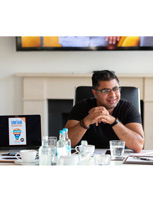 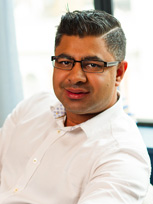 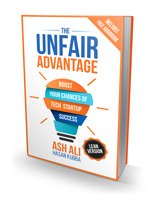 Ash Ali is an award winning start up entrepreneur, angel investor and author best known for ‘The Unfair Advantage’.

Despite not going to University, Ash Ali is a start up entrepreneur who became an award-winning serial tech entrepreneur and the first marketing director of Just Eat, the online food-ordering giant in 2007 (worth over £5billion). During his time there he used his commercial acumen and growth hacking skills, including launching it’s first TV campaign to grow it at breakneck speed. He has consulted, advised and invested in hundreds of startups at various different stages, specialising in the lean startup methodology for early-stage startups. Having sat on “both sides of the table” as a hands-on founder and also as an investor, he understands what it takes to raise funding and investment. After Just Eat, he founded Fare Exchange, a bootstrapped performance voice-based lead-generation startup transportation that generated more than £25 million in revenue.

Ash Ali is an award-winning serial tech entrepreneur and angel investor, Ash sold his first internet business at the age of just 19 and most recently his Dubai based on demand mobile app startup in 2018. As the first marketing director of Just Eat UK that IPO’d for £1.5 billion, he was included in the Top 250 Growth Hackers, as well as Top 100 Asian Tech Stars in the UK. With over 20 years of hands-on experience creating and growing startups, he has consulted, advised, and invested in hundreds of startups at various funding stages. Ash Ali is a highly sought-after international speaker and expert on digital disruption and tech transformation, and has spoken at numerous global organisations and conferences including Salesforce, Ernst & Young and TEDx. He is currently co-founder of Uhubs a new skills training platform to help entrepreneurs and professionals upskill.

He moved to London in 1999 and worked a solid 8 years in the trenches building his expertise in marketing a product development when everything was done more manually. He managed and promoted fourteen lead generation websites across Europe, America and Australia generating over 60 million unique visitors each year and producing millions in sales revenue. Ash was fanatical about Search Engine Marketing in its early days and as an early pioneer has hands on experience in SEO, including all the usual digital marketing channels. Over his career, he has signed partnerships with Virgin Media, Easy Group, 118 118, as well as many other well-known Internet companies and worked with all the well-known affiliate networks.

When the founder of a young Danish startup that had just moved into the UK asked Ash to become their first UK marketing director in 2007, Ash hesitated. They were an online takeaway ordering startup and these were the days before smartphones and apps! Who’d order food using their computer? Everyone discouraged him, however, he soon saw the opportunity and brought his innovative growth tactics coupled with his no-nonsense commercial acumen and built its first marketing department, hiring new talent who are still with the company today. With Ash on board, this fledgling startup grew at break-neck speed from a company with only a few takeaway orders in their first month, to ultimately getting a £1.5 billion IPO on the London Stock Exchange in 2014, making it one of the UK’s largest tech company floatation in the last ten years. That company was Just Eat.

Ash was heading up the marketing for the brand all over Europe, and as the third senior management hire in the UK, played a crucial role in securing over £10.5 million in VC funding from Index Ventures in 2009. With his growing marketing department, Ash forged ahead to make Just Eat a Top 10 Hitwise site and a Top 100 Techcrunch company in Europe, growing orders 210% year on year and prompting an increase in brand recognition from 6% to 15% during his time there.

In July of 2010, Ash helped create the renowned Belly & Brain TV campaign with Hooper Galton & EGS agencies, a series of commercials for Just Eat airing on primetime slots on national television channels. This campaign was later shortlisted for best consumer response award by Thinkmedia. He also took Just Eat into mobile with a Belly & Brain iPhone game, making it one of the top 10 most downloaded game apps and reaching a number 3 position in the free apps charts.

His work has been recognised with several nominations and awards throughout the digital world and he is well respected among his peers, and has appeared on several round-tables and marketing debates and panels.

Ash Ali’s new publication “The Unfair Advantage, How you Already have what it takes to succeed” will be published 23rd January 2020. It’s a groundbreaking new book that examines the role of Unfair Advantage in our unequal world, unpicks the nature of success, and shows how to increase your own chances of achieving it. Brimming with case studies from, Snapchat to Google, Oprah Winfrey to Richard Branson, The Unfair Advantage helps you to look at yourself and your circumstances, to find the ingredients you didn’t realise you already had to succeed.

Ash can talk in depth digital both historically, current and looking to the future with:

He also has his motivational personal experience to share, Ash Ali unpacks what it means to have an ‘unfair advantage’. He discusses how to discover your strengths and personal competitive advantages. Stop focusing on your weaknesses, rather double down on your strengths and finally how to stop feeling disempowered and aiming too low or focusing on your disadvantage.

Born to working-class immigrant parents in crime-riddled inner-city Birmingham, a 19 year old with only a rucksack, a head full of dreams and no degree arrives in London for a job in digital. A few years later, he is the first marketing director of a scrappy young startup that turns into the UK’s largest tech IPO of the last decade, floating for £1.5 billion on the London Stock Exchange.

Ash Ali and Hasan Kubba did an incredible job delivering inspiring content to our tech/creative community here at education company General Assembly. Their event ‘Boost Your Chances of Startup Success’ was a hit with our community, where Ash and Hasan delivered a 45 minute keynote presentation to 70-80 members. Both of them delivered this content exceptionally well, having incredible experience within their field, they managed to inspire the community on how to find their own personal ‘Unfair Advantages’ using tools and techniques to succeed! Overall, I was amazed by their performance and I look forward to working with them both again here at General Assembly in the near future.

We asked Ash to speak as the keynote at a high profile Innovation event put on by EY and other organisations – he did a fantastic job, bringing his experience at Just Eat to bear in a way that delivered practical, tangible advice to our guests. Ash was extremely professional, insightful and a pleasure to work with before and after the event. Many thanks, and I look forward to staying in touch.

Ash Ali kindly accepted an invitation from Salesforce to come and give a talk about his experience as a serial entrepreneur, investor, marketing director at Just Eat, and his concept of the Unfair Advantage. The rich content of his presentation combined with his outstanding public speaking skills and charisma produced one of the best talks we ever held at Salesforce Tower in London. It was a great learning experience for the audience and the committee.

I’ve attended hundreds of events about entrepreneurship and startups, but I have to admit that Ash’s talk at Techitalia has been one of the most interesting, authentic, inspiring and engaging I have ever assisted to.

Ash is very passionate and motivated speaker. He grabs the attention of the audience by his energy and positivity. Every entrepreneur can relate and learn from his real-life story and get motivated. He has something for everyone to learn from him. He was one of the favorite speakers for Global Entrepreneurship Bootcamp Mega Edition in Jakarta, Indonesia.