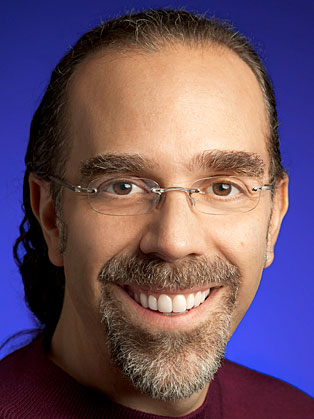 Astro Teller is best known for his expertise in the field of intelligent technology.

Astro Teller is an entrepreneur, scientist, and author, with expertise in the field of intelligent technology.

Teller is the co-founder and Chairman of BodyMedia, makers of the "BodyMedia FIT", "Bodybugg", and the "Sensewear" armbands (wearable devices that function as a dashboard for the human body; measuring sleep, perspiration, motion, and calories burned).

He is also co-founder, Director, and former CEO of Cerebellum Capital.

In 1997 he was the author of the book ExegesisTeller also wrote the novel, Exegesis, which was published in 1997.

In May 2001, Teller was featured on NPR's All Things Considered, discussing how the good economy has shaped the attitudes of 30-year-olds towards their jobs.

In 2008, Teller appeared as a political commentator on the national French television station France24.

Teller is the co-founder and co-host of the Solve for X annual event and Internet community.