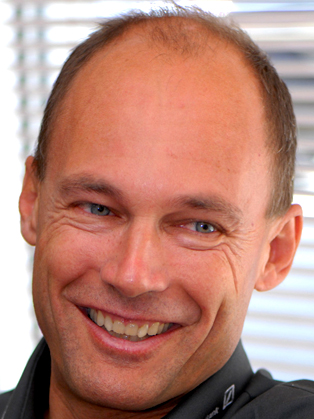 “The adventure of the 21st century consists in using human creativity and the pioneering spirit to develop the quality of life to which present and future generations are entitled.”

With his dual identity as a medical doctor and explorer, Bertrand Piccard has become an influential voice heard among the most distinguished institutions across the globe as a forward-thinking leader in progress and sustainability. He is independent, not affiliated to a particular party or lobbying group, and as such is a trusted adviser and influencer for the development of new societal solutions, and a very sought-after speaker for private and public audiences.

It is in Bertrand’s DNA to go beyond the obvious and achieve the impossible, as he did with his two round-the-world flights, recently in a solar-powered airplane, and before that non-stop in a balloon. The ocean depths and the stratosphere attracted his father and grandfather; the challenges of our time fascinate him. Rather than new territories, he wants to discover new ways of doing and thinking, in particular in the field of clean technologies for a better quality of life.

Bertrand is the initiator and visionary behind Solar Impulse, the very first airplane capable of flying perpetually without fuel. Taking turns at the controls with André Borschberg for the first flight around the world on solar power, his ambition is to leverage pioneering spirit for a useful contribution to the cause of renewable energies. This is why he spent the last 15 years bringing together the major partners providing technologies and funds for this adventure. Together with his wife Michèle, he conceived the Solar Impulse project as a now widely recognized platform to raise public awareness and encourage political actions in favour of clean technologies and energy efficiency, the next stage of which includes the establishment to this end of the World Alliance for Efficient Solutions under the aegis of the Solar Impulse Foundation

The inspiration he received from other explorers and pioneers during his childhood gave him the desire to inspire young generations in return.