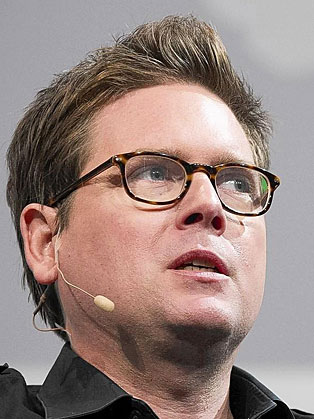 Biz Stone is a co-founder of Twitter, Inc. and also helped to create and launch Xanga, Odeo, The Obvious Corporation and Medium. In 2012, Stone co-founded a start-up called Jelly Industries where he serves as CEO.

“Biz Stone” was born Christopher Isaac Stone in 1974 and attended but did not graduate from, both Northeastern University and the University of Massachusetts.

In May 2017 Stone announced he is returning to Twitter Inc. in an unannounced role.

Stone and his wife founded and operate the Biz and Livia Stone Foundation, which supports education and conservation in California.

Stone was honoured with the International Centre for Journalists' first Innovation Award in 2010. He also holds an honorary Doctor of Laws from Babson College, and is a Fellow at Oxford University.