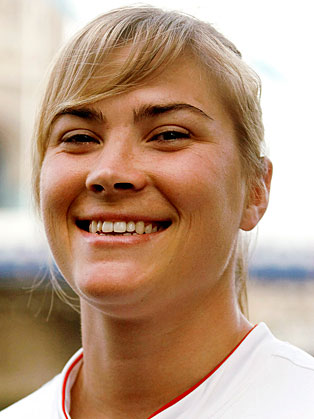 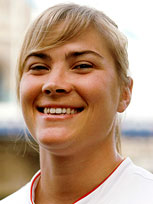 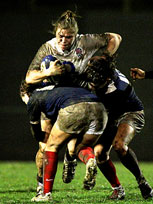 Catherine captained her country to the 2010 Rugby World Cup Final on home soil before retiring from the sport in 2011 after gaining 63 caps for her country.

Following a successful on pitch rugby career Catherine has now made the bold move to transfer from the sports pitch to the business pitch as she has made her move to set up and run her own company Inspiring Women. Inspiring Women is a platform to encourage female speakers, mentors and ambassadors from the sports and adventure world to provide insight and share valuable lessons learnt with the business world. Alongside this Catherine has made sure that she is continually challenging herself and has taken part in a filmed mountaineering challenge in the Swiss Alps, has completed 2 marathons and entered a third and is taking on the task of coaching women’s rugby premiership side Aylesford ladies for the 2015/16 season. Catherine is also patron of the charity Tag Rugby Trust where she has volunteered her time in Uganda, Ghana, Zambia, Mexico and India.

Award recognising outstanding contribution to sport away from the pitch.

Award recognising outstanding achievements within rugby both on the pitch and as an ambassador for the sport.

Captained England to the final of the Women’s Rugby World Cup.

Captained Engand, at Twickenham Stadium, to the first victory over World Champions New Zealand in eight years. Scored the only try of the match and was presented with the Investec Player of the Match award.

Led England to successes in:

The charity, which won the 2008 IRB Development  Award, coaches Tag Rugby to underprivileged children in developing countries. Catherine has a close involvement with the charity, including travelling to Uganda, Zambia, Ghana, Mexico and India. Currently involved in fundraising initiatives  for the Trust.

Acting as a mediator between coaching and management staff and the player group.

An enquiry point for management and coaches when wanting a player perspective on a new or existing idea.

Representing the Rugby Football Union for Women (RFUW) at various player appearances which have included coaching sessions, speeches, question and answer sessions, prize givings and so on.

Examples include Studio pundit work at televised matches at Twickenham including England versus New Zealand tests in 2011 and 2012 and regular work with Sky Sports throughout the Women’s World Cup in 2014. Commentary work includes 2013 6 nations coverage via RFU live streaming, 2013 Autumn Internationals with Sky Sports and 2014 Six Nations with the BBC.

Inspiring Women is a Speaker and Mentoring Agency using female speakers with a sports or adventure background delivering messages regarding teamwork, leadership, goal setting, change management, dealing with pressure, coming back from adversity and so on.

Managing and implementing projects to increase opportunities for women and girls in rugby union.