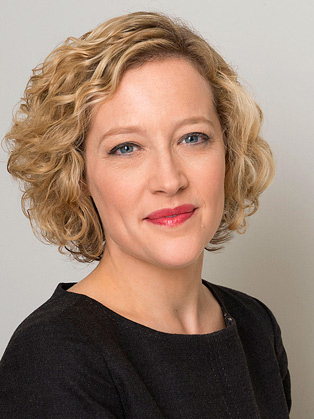 She spent over a decade in Fleet Street, latterly with the Financial Times. Since joining Channel 4 News in 2006 she has broadcast a string of investigations and scoops. She also writes about politics for the Telegraph.

After university, Newman briefly worked for Media Week and The Independent before joining the Financial Times at the age of 23. Her older colleague Alice Rawsthorn acted as a mentor at the FT, where as a media and then (for three years) political correspondent. In 2000, Newman gained a Laurence Stern fellowship to work at The Washington Post for four months.

She joined Channel 4 News as a political correspondent in January 2006. Newman became the first female co-presenter of the programme in 2011. Alongside this, she has also headed the team behind the FactCheck blog.

In late 2013, she travelled with William Hague and Angelina Jolie to highlight the effect of warzone rape in the Democratic Republic of Congo. Newman also investigated the balance of the curriculum in some faith schools in the UK for the Dispatches series on Channel 4.