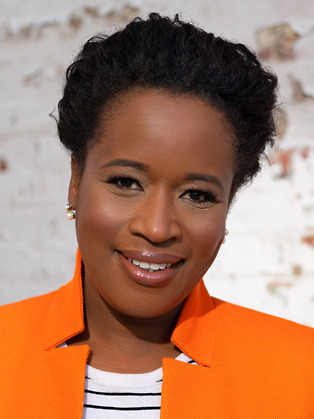 With an impressive and multifarious résumé, Charlene has interviewed major political figures such as David Cameron, Tony Blair and Gordon Brown, global music stars such as Jay-Z, Kanye West and Beyoncé, and film and literary figures including Maya Angelou, Will Smith and Daniel Radcliffe.

In her career, Charlene has hosted special programmes including a BBC Radio special after the 7/7 bombings in July looking at the Islam in Britain. She also hosted ITV London's rolling news programme the day of the Woolwich attack in May 2013, and anchored a special ITV News London show live from Trafalgar Square the day after Nelson Mandela passed away.

Charlene has also worked as a features writer for the York Post in Manhattan, she's the journalist in residence at London College of Communications and regularly teaches there.