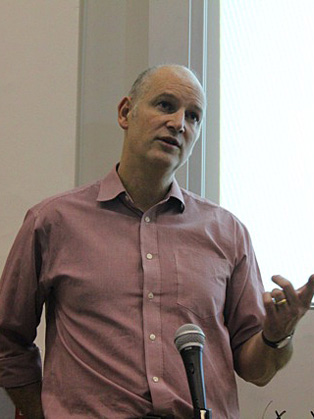 Charles Arthur is a journalist, and author of Digital Wars: Apple, Google, Microsoft and the Battle for the Internet and Cyber Wars: Hacks That Shocked the Business World.

Charles has met all the senior figures in the technology industry and has extensive experience of reporting on the activities of Apple, Google and Microsoft. He has interviewed Bill Gates and Steve Jobs on numerous occasions. Charles has a large following and regularly speaks, writes and blogs on all topics relating to technology.

Charles is available for Keynote, Panel, Conference Chairing and After Dinner events.