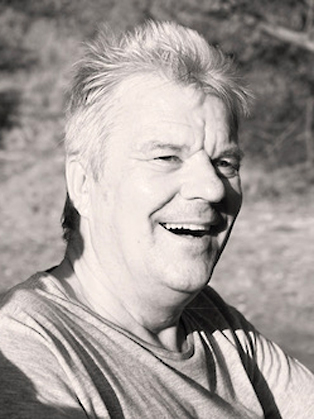 As a figurehead and former Executive Director of Morgan Motors, Charles Morgan led the team that developed the first aluminium intensive vehicle and designed a chassis that meets world safety standards but is 20% lighter than comparable steel production. He also pioneered bodywork of superformed aluminium, making Morgan the first automotive manufacturer to assimilate this technology from the aircraft industry. Charles is also a talented speaker, presenting on topics including change management, people management, export and sales, and marketing.

Charles Morgan was the Executive Director of Morgan Motor Company and the third generation of a family owned business. He led the team that developed the first AIV (aluminium intensive vehicle) and designed a chassis 20% lighter than comparable steel production monocoques, he pioneered bodywork of superformed aluminium and as a result, Morgan was the first automotive manufacturer to assimilate this technology from the aircraft industry.

He joined the company in 1985, and became the executive director in 1999 and Morgan Motor Company has collected numerous awards around the World.

Charles has also established links between Morgan with the best universities and technological suppliers to maintain the process of continuous improvement. In 2007 the company won the Lord Stafford Award for the best example of collaboration between business and the Universities.

In 2010 Charles Morgan was appointed to the Automotive Council Technology Advisory Board to facilitate the introduction of low carbon technology into the UK automotive supply chain.

Charles has co-written book “Morgan 100 Years” with Gregory Houston Bowden, which won prize for the best car book of 2010 from The German Motor Press Club.

Previous to his career at Morgan, he worked as an ITN news cameraman. Some of the assignments Charles Morgan covered were:

- The departure of the Shah from Iran, The aborted rescue attempt of the US hostages held in Iran

- The transfer of power and the first free elections in Zimbabwe.

Charles is a natural storyteller with first hand experience of low volume automotive, generational growth and change, family business issues and business transformation sharing often deeply personal stories makes for an inspiring keynote that is bespoke for your audience