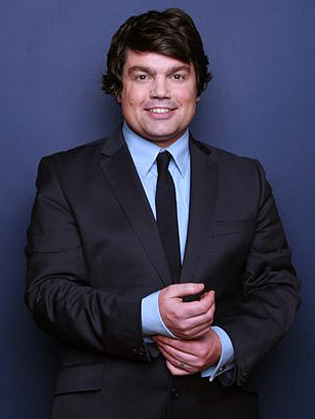 Charlie Baker is "a superior take on the modern showman" GUARDIAN

Award-winning stand up comedian Charlie Baker regularly performs at the world's best comedy venues including The Comedy Store, The Glee Club, Comedy Cafe, Highlight and Just the Tonic. His 2009 debut Edinburgh show The World's Greatest Show Off won the Mervyn Stutter Spirit of the Fringe award.

Charlie Baker’s instant likeability and charming delivery style has earned him a reputation as ‘a superior take on the modern showman’ (The Guardian). He is a popular face on TV panels shows having appeared as team captain on A Short History Of Everything Else (Channel 4), two series of Never Mind the Buzzcocks (BBC2), Rob Brydon’s Christmas Special (BBC1), Edinburgh Comedy Fest Live 2012 & 2013 (BBC3) and The Comedy Store (Comedy Central).

Charlie Baker’s versatile talent as a stand-up comedian and highly acclaimed jazz-singer and actor saw his critically acclaimed show Baker’s Dozen have a sell-out run the Edinburgh Festival this summer. Due to its success he will be touring the show this autumn throughout the UK.