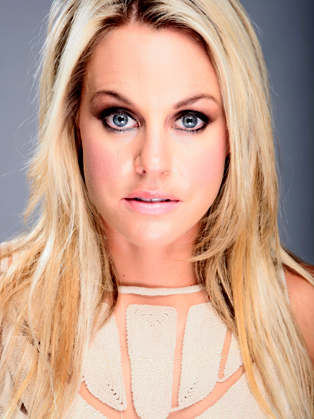 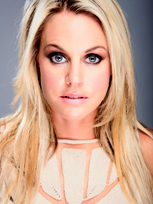 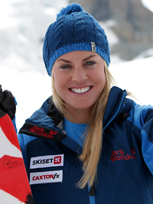 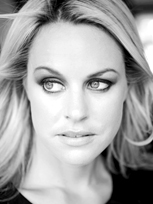 Chemmy is Britain's number one and favourite alpine skier.

Chemmy is Britain’s number one female alpine skier. She started skiing as a toddler aged 18 months and began competing seriously at the age of 8. From this committed early start to her career, Chemmy has progressed in every discipline and has worked her way up to be ranked 8th in the world. She was the first British woman to qualify for the World Cup Finals, the first British skier to win a run in a World Cup race and the first British skier to win the British Land National Ski Championships six times in a row. Chemmy has competed in three consecutive Olympic Games, in Salt Lake City, Turin and then Vancouver, where at both Turin and Vancouver she finished an impressive 11th place. Despite a horrific accident in Lake Louise in 2010, Chemmy has embarked on a remarkable road to recovery to head for her fourth Olympics: Sochi 2014. As well as being ranked in the top 30 in the world for Super G, Giant Slalom and Combined, she is an excellent ambassador for British sport, encouraging younger athletes to pursue their dreams.

Behind the engaging smile and charismatic personality, Chemmy Alcott is a fiercely determined and courageous sportswoman. Yes, she’s a gifted skier, but it’s taken far more than raw talent for Alcott to have reached the position where she’s more than competitive with the world’s elite skiers in the World Cup series.

Named after Sophia Loren’s character in the 1961 film El Cid, Chemmy started skiing aged 18 months while on a family trip to France, and skied in her first fun race at the age of three and started competing at the age of eight. Chemmy’s skiing career almost ended very early when at twelve she sustained a broken neck. Chemmy bounced back throughout her teenage years to become part of the GB Olympic Ski Team; as well as getting 4 A’s at A Level.

Chemmy's been the number one British woman skier for a record seven years, and until her accident was Britain’s only female representative in the World Cup and is the highest ranked female British skier ever. Alcott’s enthusiasm for training and competition has won her a lot of admirers – particularly fellow skiers, who respect her dedication and sheer determination. A measure of that determination was evident at the Turin Winter Olympics in 2006. For many years, Alcott had suffered from agonising bone spurs on her feet and had missed races and crucial training in the lead-up to the Games. So her 11th place in the downhill was an incredible feat of grit and determination. It was also the best result by a British female skier since the 1968 Games in Grenoble.

In April 2006, Alcott decided that the only long-term solution for her painful bone spurs was surgery. After a full six months away from skiing, Alcott returned to the competitive circuit in October and, skiing pain-free for the first time, blitzed her way to successive top 15 finishes in the downhill after just a couple of days training. Later in the year, she recorded her best-ever World Cup finish - seventh in the super-combined event. This was all the more incredible as in April 2006 Chemmy unexpectedly lost her biggest supporter when her mother Eve passed away.

Alcott started the 2008/09 season with her best ever finish, 10th place in the World Giant Slalom event in Soelden, Austria. Unfortunately the following week Chemmy broke her ankle. A quick recovery saw Chemmy perform with real promise at the 2009 World Championship finishing in 15th place in the Downhill event, her best result in this event to date and during the 2010 Vancouver Olympics Chemmy managed to equal her previous best performance finishing in 11th place.

In 2010, on the eve of the opening day of the World Cup downhill race, Chemmy broke her leg in two places after crashing during training resulting in her being unable to ski for the rest of the season. Since her accident Chemmy has concentrated her energy on getting fit and ready to ski again but has also used her time to concentrate on other non-ski related passions including skydiving, windsurfing, mountain climbing and anything that screams adventure! She has also focused her time on a number of different charity campaigns.

Chemmy has become a firm favourite in the world of TV sport personalities having appeared on Sky Sports News, Fifth Gear, British Eurosport, Ski Sunday, Fit to Ski, Talk of the Terrace, A League Of Their Own and A Question Of Sport. Chemmy will also be heavily involved in the Winter Olympics, Feb 2018.

With immense passion for skiing and adventure, Chemmy conveys a rare mix of steely intelligence and gritty determination with a warm, open and honest persona.