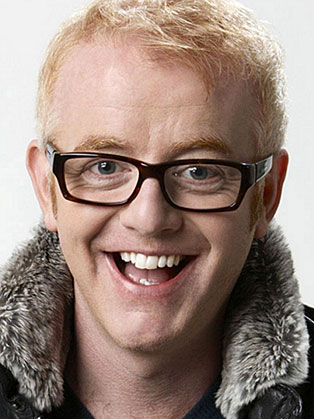 Chris Evans is the host for the Breakfast Show on Radio 2.

Chris Evans is an English presenter, businessman and producer for radio and television. Best known for his career on Radio 2, hosting the Breakfast Show since 2010.

Chris Evans started his broadcasting career working for Piccadilly Radio, Manchester as a teenager, before moving to London as a presenter for the BBC's Greater London Radio and then Channel 4 television, where The Big Breakfast made him a star.

Soon he was able to dictate highly favourable terms, allowing him to broadcast on competing radio and TV stations. Slots like Radio 1 Breakfast Show and TFI Friday provided a mix of celebrity interviews, music and comic games, delivered in an irreverent style that attracted high ratings, though often also generated significant numbers of complaints.

In 2005, he started a new career on Radio 2, hosting the long-running Drivetime programme, before moving in 2010 to host the Chris Evans Breakfast Show every weekday morning. He presents The One Show on Fridays.

In 2015 he signed a three-year deal to lead a new Top Gear lineup.