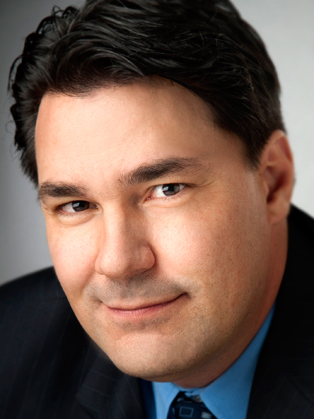 Christopher Thornberg is a founding partner of Beacon Economics and widely considered to be one of California’s leading economic forecasters. He is also Director of the UC Riverside School of Business Center for Economic Forecasting and Development. An expert in economic forecasting, regional development, real estate dynamics and labor markets, he was one of the earliest and most adamant predictors of the housing market crash and of the economic recession that has followed. In 2008, he was appointed as chief economist for California State Controller John Chiang as well as chair of the Controller’s Council of Economic Advisors. He also serves on the advisory board of Paulson & Co. Inc., one of Wall Street’s most successful hedge funds. Thornberg holds a doctorate in business economics from The Anderson School at UCLA, and a Bachelor of Science in Business Administration from the State University of New York at Buffalo.

Christopher Thornberg is Founding Partner of Beacon Economics, LLC and widely considered to be one of California's leading economists. He is also Director of the UC Riverside School of Business Center for Economic Forecasting and Development. Since 2006, Dr. Thornberg has served on the advisory board of Wall Street hedge fund Paulson & Co. Inc. Between 2008 and 2012, he was a chief economic advisor to the California State Controller's Office and served as Chair of State Controller John Chiang’s Council of Economic Advisors – the body that advises the state’s chief fiscal officer about emerging economic issues.

Dr. Thornberg has been involved in a number of special studies measuring the effect of important events on the economy. These include the NAFTA treaty, the California electricity crisis, port security, California’s water transfer programs, and the terrorist attacks of September 11, 2001. He currently serves on the Residential Real Estate Committee at the University of San Diego's Burnham-Moores Center for Real Estate. He is a panel member of the National Association of Business Economists ' quarterly outlook, and contributes to the consensus outlook of the Journal of Business Forecasting. He is on the boards of the Los Angeles Area Chamber of Commerce, the Central City Association (Los Angeles), the Asian Real Estate Association of America, and America's Edge, a nonprofit organization focused on strengthening the economy through public investments in youth and education.

Prior to launching Beacon, he was an economist with UCLA’s Anderson Forecast where he regularly authored economic outlooks for California, Los Angeles, and the East Bay. He also developed a number of specialized forecasts for various regions and industries. Previously he has taught in the MBA program at UC San Diego’s Rady School of Business, at Thammasat University in Bangkok, Thailand, and has held a faculty position in the economics department at Clemson University.

Dr. Thornberg holds a Ph.D in Business Economics from The Anderson School at UCLA, and a B.S. degree in Business Administration from the State University of New York at Buffalo.