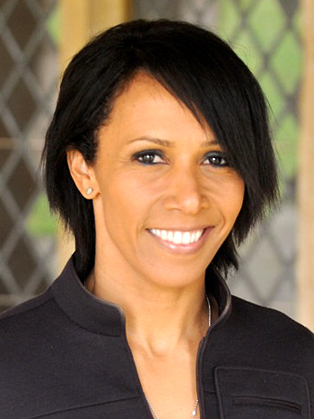 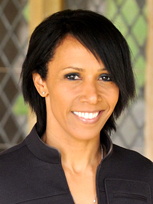 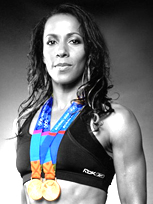 A double Olympic gold medallist, Kelly Holmes became only the second woman in history to claim the 800m and 1500m titles in the same Games.

The Athens Olympic Games was the pinnacle of a long but frustrating international athletics career for Kelly Holmes. Her Double Olympic Gold triumph changed her life forever and fulfilled her second childhood dream of becoming an Olympic Champion. She became the first British female athlete to win both the 800m and 1500m. Since retiring from international athletics, Kelly has started a new chapter in her life in the business world; establishing her own company Double Gold and her charity the Dame Kelly Holmes Legacy Trust. She has also been active in raising the profile of school sport up the political agenda. Kelly became National School Sport Champion in 2006 for three years and pioneered the creation of National School Sport Week. She also led the creation of Girls Active set up with the Youth Sports Trust to capture the interest of disengaged female teenagers. She now has a number of ambassadorial positions for TeamGB, London 2012 sponsor BT, the Jaguar Academy of Sport alongside the honour of being President of Commonwealth Games England.

Dame Kelly Holmes secured her place in history by becoming the first British female athlete to win both the 800m and 1500m in the 2004 Olympic Games. One of her most successful seasons ever, Kelly's achievements on the track in 2004 set the pace for 27 high profile awards and accolades, among others BBC Sports Personality of the Year, European Athlete of the year, the prestigious title of the Laureus World Sports Woman of the year and in 2005 the ultimate honour of a Damehood by the Queen in the New Years Honours lists.

Since retiring in 2005, Kelly has developed both her professional and personal career path. Founding On 'Camp' with Kelly in January 2004 a mentoring and education initiative for junior middle distance athletes

She then founded her own charity the Dame Kelly Holmes Legacy Trust in 2008 , to which she is the active Chair, to provide support to other elite performers as they develop a new career, whilst at the same time making the most of their skills and experience, mentoring young people through personal development programmes.

Kelly also an Ambassador and Patron to many UK charities as well as being a key member of the Ambassador team for the London 2012 Olympic bid.

Kelly chaired an Olympic Legacy Taskforce on behalf of David Cameron and suggested a ‘School Olympics’ to create competitive sport within schools as part of the sporting legacy post London 2012, which has now been adopted as a policy.

Her current roles include member of the Commission for Women in Sport, and President of the Commonwealth Games England.

She runs her own business developing fitness initiatives, equipment and heath products.

Since Dame Kelly Holmes made history at the 2004 Olympic Games in Athens she has used her experience and knowledge to talk about being successful in the face of adversity and motivation hope to succeed. Kelly speaks from the heart, capturing the imagination of all that she meets.

Dame Kelly imparts key information from her life as a Physical Training Instructor in the British Army, her outstanding Athletics Career. These presentations are equally effective at large team building sessions and sales conferences through to strategic retreats and change management sessions. Dame Kelly can also lead practical and physical team building sessions.

Be prepared to be wowed, by her enthusiasm and energy.

Delighted to welcome Kelly to Panasonics UK Headquarters in Bracknell, Berkshire to appear as a surprise guest at the company's Annual Policy Meeting. Kelly arrived to a huge welcome from the Panasonic team which was then followed by an outstanding motivational speech by Kelly. All of the Panasonic team were inspired by Kelly's experiences, words of wisdom and encouragement for the fiscal year ahead.

It was an honour and a privilege to have Dame Kelly Holmes speak at our Annual staff conference. Her talk was as inspiring as it was moving and I know all the staff present were grateful to have her there. I'd like to offer my personal thanks to Kelly for her passion and enthusiasm which exemplify so well the attitude Newham College tries to encourage in its staff.

Thank you Kelly you really inspired and motivated the delegates to achieve their life goals, through an interactive and fun session. Your style made for a stunning presentation, which engaged the audience 100%. We really appreciated your honesty and openness and the opportunity to ask questions during the Q&A session. The feedback from the event was extremely positive with 100% of comments reflecting rating the session as excellent 5/5. I would have no hesitation in recommending Kelly as a fantastic speaker