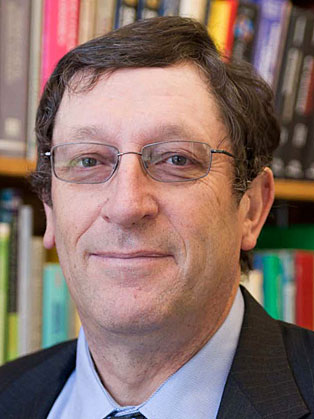 David Blanchflower is a former member of the Bank of England’s Monetary Policy Committee and most notably was the first influential person within UK banking to raise the alarm about the credit crunch.

David ‘Danny’ Blanchflower is a pre-eminent British economist, specialising in the economics of people: wages, jobs and wellbeing. Perhaps best known for his term on the Bank of England’s Monetary Policy Committee, he regularly voted with the minority – a position later proved correct during the global financial crisis.

David moved from high school teacher to university professor, spending most of his academic career in highly esteemed American institutions. He is immensely well connected on both sides of the Atlantic, and equally conversant with policy movements and personalities at the Fed, the BoE and the ECB. He is also a columnist on The Independent, Economics Editor of The New Statesman and a frequent contributor on both Bloomberg and the BBC.

Widely noted as the first influential person within the UK banking and financial system to raise the alarm about the credit crunch and banking crisis, David’s now hailed for his foresight, rigour and plain common sense in highlighting the flaws in the market and financial systems. He is also acknowledged for making economics understandable to the layman.

In presentations David makes sense of the latest economic data, providing expert analysis on the decisions facing Central Bank, political and business policy makers. He also explores a number of questions at the heart of the recovery, from how best to raise living standards and encourage investment, to the problem of how to deal with future financial shocks when cutting interest rates is not a viable option.