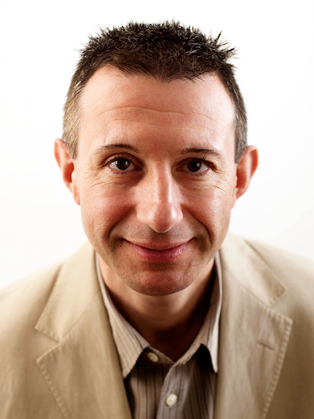 David Magliano played a lead role in two of the highest-profile campaigns of recent times as Director of Marketing of the London 2012 Olympic bid, and as Director of Commercial and Marketing for the England 2018 FIFA World Cup bid.

In July 2017 David was appointed by Warner Bros and the Blair Partnership (agents for JK Rowling) in what is set to be a landmark role leading digital innovation across the Wizarding World franchise, including Harry Potter and Fantastic Beasts. Prior to that David was Managing Director of Membership, Marketing and Consumer Revenue at the Guardian, responsible for all reader revenue. David played a key role in two of Britain's most high-profile campaigns: Director of Marketing at the London 2012 Olympic bid, and Director of Commercial and Marketing at the England 2018 FIFA World Cup bid.

Previously he was Director of Marketing for London 2012, the organisation which bid to host the 2012 Olympic Games. David worked with Sebastian Coe to build UK public support for the bid, and promote London's proposals to the International Olympic Committee around the world. He devised and directed the crucial final presentation in Singapore described as the fiercest competitive pitch of all time.

Before London 2012, David was in the airline industry, having been Sales and Marketing Director of the low-cost airlines Go and easyJet. He was a founder director of Go along with Barbara Cassani, and was responsible for all commercial activities. He was part of the management buyout from British Airways, following which his marketing strategies increased Go's value from £100m to £400m in nine months. David helped lead the sale of Go to easyJet, and managed the integration of commercial activities during which time the company grew an additional 40%.

David is a marketing professional. He has created high-profile new brands, and established marketing teams from scratch. He has been through five start-ups, an MBO, an exit and merger. David is a former non-executive director of Dyson and of King’s Cross Knowledge Quarter.