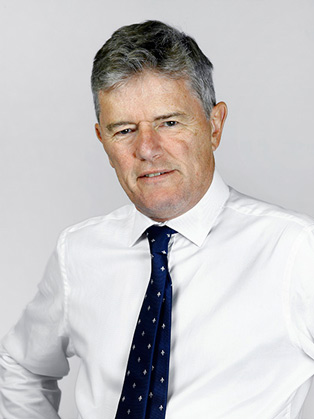 David Smith has been Economics Editor of The Sunday Times since 1989, where he writes a weekly column.

David Smith is also chief leader-writer, an assistant editor and policy adviser. He also writes columns for The Times, Tax Journal and other publications. He speaks and broadcasts regularly to a wide variety of audiences. Prior to joining The Sunday Times, he worked for The Times, Financial Weekly, Now! Magazine, the Henley Centre for Forecasting and Lloyds Bank.

David Smith is the author of several books, including The Rise and Fall of Monetarism, Mrs Thatcher’s Economics, North and South, From Boom to Bust, UK Current Economic Policy, Eurofutures, Will Europe Work?, Free Lunch: Easily Digestible Economics, The Dragon & the Elephant: China, India and the New World Order, The Age of Instability: The Global Financial Crisis and What Comes Next and, most recently, Something Will Turn UP: Britain’s Economy, Past, Present and Future.

He has his own website www.economicsuk.com. He was born and brought up in the West Midlands and studied at the Universities of Wales, Oxford and London. He is an honorary visiting professor at both Cardiff University and Nottingham University, and has lectured at Nottingham’s Malaysia and Ningbo (China) campuses. He has won a number of awards, including the Harold Wincott Senior Financial Journalist of the Year Award, the 2013 Economics Commentator of the Year Award and the 2014 Business Journalist of the Year award.