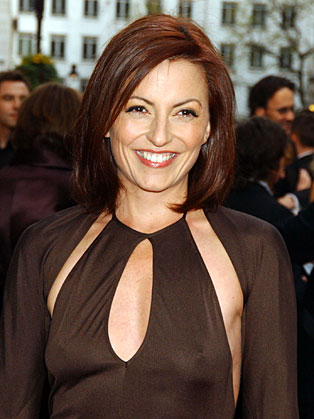 Davina Lucy Pascale McCall is an English television presenter. She has hosted Channel 4's The Million Pound Drop Live, Five Minutes to a Fortune and The Jump, Sky1's Got to Dance, as well as ITV's Long Lost Family and Stepping Out.

Davina McCall is a presenter and awards host who’s first TV break was in 1992 when she was given her own show on MTV.

In 2000, Davina was chosen to present the popular Channel 4 reality TV show Big Brother. She has hosted all nine series so far all five Celebrity Big Brother.

Following this success she has presenter the Brit Awards in 2011 as well as Comic Relief, Popstars and most recently The Biggest Loser, Million Pound Drop and the second series of Got to Dance.

As well as her presenting she has also turned her hand to acting, appearing in Bo Selecta and A Bear’s Tail. She also played herself as a human and a zombie in Dead Set in 2008.

In 2007 she became the face of Garnier and has produced several exercise DVDs alongside her personal trainers.