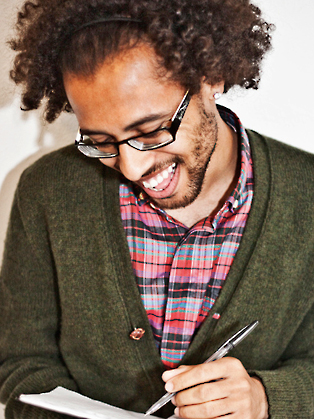 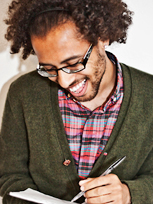 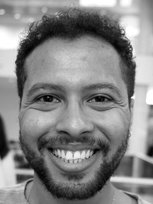 Dean Atta is best known for being a writer and performance poet. He won the 2012 London Poetry Award and was named as one of the most influential LGBT people by the Independent on Sunday Pink List 2012.

Award winning inspirational Poet and Spoken Word Educator. Dean is both charismatic and reflective in his writing and delivery. Available for keynotes, readings, workshops and Masterclasses on a range of creative, artistic and LGBT briefs. Atta's debut poetry collection was shortlisted for the Polari First Book Prize 2014 sponsored by Société General UK LGBT Network.

Dean Atta has been described by the Huffington Post as “one of the leading lights in London's poetry scene” and by Apples and Snakes as “unafraid to tackle topics other poets turn a blind eye to".

His debut collection, I Am Nobody’s Nigger, published by the Westbourne Press, was shortlisted for the Polari First Book Prize.

He was named as one of the most influential LGBT people in the UK by the Independent on Sunday Pink List and featured in Out News Global Pride Power List.

He is a member of Keats House Poets Forum and Malika’s Poetry Kitchen, as well as an Associate Artist with Mouthy Poets and New Writing South.

He is currently working on his second poetry collection The Black Flamingo.

I am writing as a representative of Libraries in the three boroughs, City of Westminster, Royal Borough of Kensington and Chelsea and London Borough of Hammersmith and Fulham. We are privileged to have worked with Dean over the past months and endorse him as a published author, performance poet and human rights activist. Dean took part in our Black History month promotion and also held interactive readings of his published work and work in progress in five libraries during LGBT awareness month in February. We have asked him to help promote our young persons' bibliotherapy offer in partnership with The Reading Agency and Young Minds. I have no hesitation in writing this as I believe Dean’s work touches people on many levels, awakens our social conscience and makes us think, makes us laugh, makes us cry and makes us ask why. He is an important voice, and a hardworking artist and will make the most of any opportunity offered in this initiative.

Dean is a multi-faceted and multi-talented writer that New Writing South – like so many organisations – has had the privilege of working with in many ways. As a poet, Dean’s work is compelling, heartfelt, bold and true. He has an innate ability to connect with any audience. This is equally evident in his exceptional work with young writers and in other settings where Dean enables people to find their voice and confidence through writing. I believe he is a role model and a spokesperson for many writers today.

We hosted an Espresso style session with the poet and author Dean Atta. We started off the hour with a question and answer session taking in everything around how poetry has been used to highlight LGBT issues, Dean injected some personal stories around his journey and read a couple of his poems out loud. He also talked about how children he has worked with in schools have used poetry, to highlight some areas that they needed to express. He then for the second half on the session, talked about Odes (as it was coming up to Valentine’s Day), he showcased some from young people he works with, then encouraged everyone to write their own Ode. He gave tips and style and we read some of them out loud in the group. It was very well received by everybody that attended. With a number of participants afterwards expressing their positive comments about the session, and how it made them want to be more involved in poetry sessions in the future.

We have been lucky to have Dean Atta deliver two different style sessions for our business a performance of his poetry and a poetry writing session where we got our employees to focus on the importance of diversity and inclusion at work and in their personal lives. Both events where designed to support our employees with their understanding of Diversity and Inclusion and as a D&I Practitioner I was in awe of the honest and open dialogue Dean was able to generate within the room. I look forward to partnering with him again.