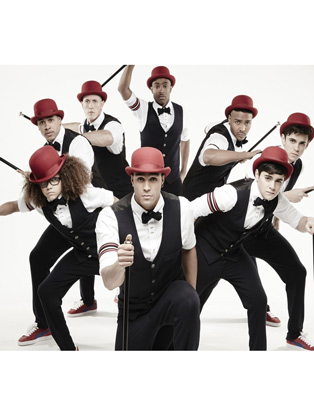 Diversity are best known as a street dance troupe.

Diversity are a British street dance troupe formed in 2007 and based in London. They are best known for winning the 3rd series of Britain's Got Talent in 2009, beating 'runner-up' singer Susan Boyle in the live final.

Formed in 2007, in memory of a dear friend, Diversity consists of eight members from East London and Essex. In May 2009 Diversity took the UK by storm by winning Britain’s Got Talent, beating Susan Boyle in front of a 20 million live TV audience, in what was the most watched TV program in the UK for over six years.

Since winning the competition they have gone on to achieve major success selling almost half a million tickets across 6 nationwide UK tours and reaching countless millions globally through various projects and performances on both the big and small screen.

They continue to defy the odds and grow from strength to strength. 2016 is set to be yet another incredible year for the group as they continue to live by their motto: Dream, Believe, Achieve.