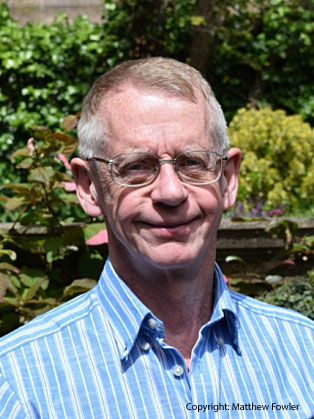 Campbell now also works and is recognised as a forensic expert witness on computers and communications data. He has providing specialist testimony in over a hundred criminal and civil cases and has given evidence to the House of Commons and the European Parliament on surveillance legislation.

For over three decades, Duncan Campbell has produced and researched in-depth reports for television, print and online media. His award-winning work into topics including government secrecy, corporate crime and medical fraud has earned critical acclaim and provoked legal challenges. He has published on a wide range of subjects in leading UK newspapers including the Guardian, Observer, Sunday Times, Independent, Mail on Sunday, Daily Express.

He first became nationally known as ‘C’ in the infamous ABC official secrets case of 1977-78, when a Labour government prosecuted two journalists and a former soldier for holding an interview, using a law they had promised to repeal years before. The ABC case (named after the three defendants, Aubrey, Berry and Campbell) ended in November, 1978, causing grave embarrassment for the Labour government.

Before the ABC trial started, Campbell had been invited to join the weekly political magazine New Statesman as a staff writer.  He joined in the summer of 1978, under the editorship of a veteran and founder of British investigative journalism, Bruce Page (first editor of the Sunday Times Insight team).

Campbell was the first journalist to reveal the existence of the global British electronic intelligence agency GCHQ (Government Communications Headquarters), in a 1976 article called The Eavesdroppers.  This story led to the “ABC trial in 1978, when the government attempted to jail him for up to 30 years for breaking Official Secrecy laws.

In 1980, the New Statesman began publishing a series of scoops by Campbell into Britain’s intelligence services. The first investigation identified the likely location of Britain’s phone tapping centre.  The next in the series attempted to estimate the potential financial burden of the Security Services on the public purse.

These ground breaking stories on British intelligence and security agencies have recently been revealed to have caused concern at the highest level of government.

In 1987, Campbell was commissioned to write and present a six-part documentary series for the BBC called Secret Society. Before the programme ran, however, the BBC became nervous about the nature of its content and approached the government for advice. Their reaction was to raid the BBC’s Scottish headquarters and then Campbell’s home. Special Branch seized the film in what became known as the Zircon Affair.

Zircon revealed the existence of a secret £500m British spy satellite programme of the same name.  Another program detailed how government policy was being decided by a group of unaccountable committees operating beyond the scrutiny of parliament and the public. Eventually, the Zircon film was returned, but the BBC powers chose not to release the 'cabinets' episode. The programme was remade for Channel 4 in 1991.

Soon after the Secret Society affair in 1987, Duncan Campbell came out as gay.  He then wrote on issues of equality, and about the circumstances of the Aids epidemic of the era.   He was one of the six original founders of the human rights and equality group Stonewall, along with actors Sir Ian McKellen and Michael Cashman.

In 1997, the Centre for Public Integrity in Washington D.C. founded the International Consortium of Investigative Journalists. The group was designed to be a cross border investigative outfit “focusing on issues that do not stop at national frontiers.” Campbell was a founder member.

Since the early 1980s, Campbell has provided expert witness testimony in a number criminal cases. Towards the end of the 1990s, much of his career centred around computer forensics work. He has given evidence in hundreds of cases related to terrorism, surveillance and child pornography.

Campbell has been a visiting fellow of the Media School Bournemouth University since 2002. He teaches the ethics and practice of investigative journalism and lectures on computer-assisted reporting and data journalism techniques to postgraduate students.