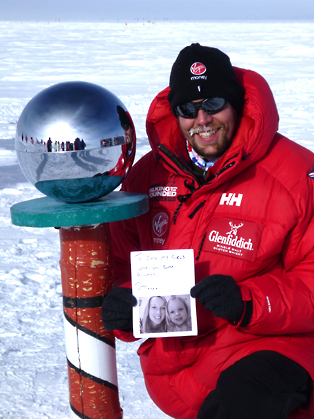 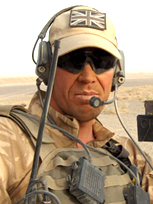 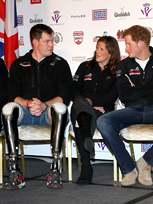 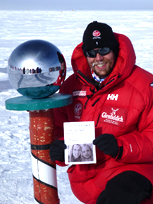 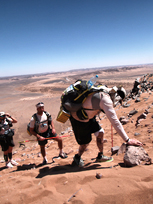 Duncan Slater is best known for being an Afghan veteran who has overcome adversity to raise thousands of pounds for charity and awarded with the highest civic honours a town council can bestow.

Duncan Slater is a wounded veteran who became the first double amputee to race to the South Pole as part of Walking With The Wounded’s expedition in 2013. Duncan is an insightful speaker who can share his leadership insights as well as being an inspirational speaker on adversity, resilience, risk and uncertainty, motivation, sport, adventure and peak performance.

In just under 7 months war veteran Duncan Slater joined Walking With The Wounded as the first double amputee veteran to race to the South Pole and achieve it. Inspired by stories of previous expeditions which have included the North Pole and Everest, Duncan made the British team’s final six from over 300 applications.

In 2009, Sgt Slater, from Scole, suffered life-changing injuries when a rode-side bomb in Helmand Province, Afghanistan struck the armoured vehicle he was travelling in.

In 2016 Duncan faced the Marathon des Sables which consists of six marathons in six days across the Sahara desert covering 250m. He made his first attempt and was the first double leg amputee to take part, he made it to Day 4 when, due to sufficient damage to his legs, had to withdraw from the race. Duncan completed the marathon in 2017 making history as the first double amputee to complete it.

As well as becoming an ambassador for the charity Walking With The Wounded, an organisation which helps and supports veterans reintegrate back into society and find sustainable employment.

Sgt Duncan Slater was presented with the Honorary Freeman of Diss at the town’s annual meeting. Upon receiving the honour, Sgt Slater said it had come as a shock but meant a huge amount to him.

Duncan Slater is an extraordinary individual and for many, many reasons and not least because he filled the ‘keynote speaker’ slot with less than 24 hours’ notice! The original speaker who was due to fly in from another country unfortunately was involved in a car accident and Duncan became the conference hero and keynote! Firstly, for any speaker to fill a huge slot at a conference of 160 international PAs with the amount of notice he had is no mean feat, but boy he pull it off and has now won his own ‘army’ of fans – Personal and Executive Assistants from across the world. Duncan’s presentation is a powerful story of overcoming adversity, teamwork, humidity, compassion and sense of self. He presented with humour and grace and I fail to see how anyone could not find this story of huge inspiration.