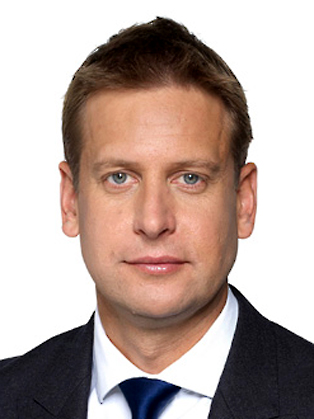 Ed has presented sports for Sky since 1999.

Ed first appeared on Sky Sports in 1999 as the resident bookie stats expert alongside Matthew Lorenzo and Kirsty Gallagher every Friday night on the Sports Centre.

For the 2011/12 Premiership season, Ed was appointed on a three year agreement by Sky Sports as their main football presenter for the channel which sees him host every main Sky Sports Premiership match in front of millions of TV viewers.

Ed’s regular ‘side-kick’ is former Man Utd stalwart, Gary Neville, whilst he also fronts the coverage with the likes of Souness, Redknapp and Hoddle.

A former bookmaker and journalist, Ed first appeared on Sky Sports in 1999 as the resident bookie stats expert. From there he went on to co-host the betting show ‘The Full SP’ with Jeff Stelling before joining the Sky Sports News team on a full-time basis.

Ed has hosted World Cup and Champions League draws and the lively summer show Sports Saturday - and was one of the Sky Sports presenters based out in South Africa for the 2010 World Cup.

He has also presented rugby union, both domestic and international, and athletics on Sky Sports as well as shows like Football First and Goals on Sunday.

At the beginning of 2011, Ed took on a role as one of the stand-in presenters of Sky Sports coverage of the FA Premier League.

Chamberlin is a supporter of Southampton F.C. and is a frequent visitor to their St Mary’s Stadium.

He is now the permanent replacement for Keys on the Super Sunday and Ford Monday Night Football shows. Ed is also the regular host of Midweek Soccer Special and the face of the new show Sports Sunday, on Sky Sports News HD.

Away from Sky Sports, Ed has hosted many Corporate occasions such as Awards Ceremonies, Breakfast meetings, Q&A Panels and Gala Charity Dinners and he is equally at home for such occasions as he is on TV.