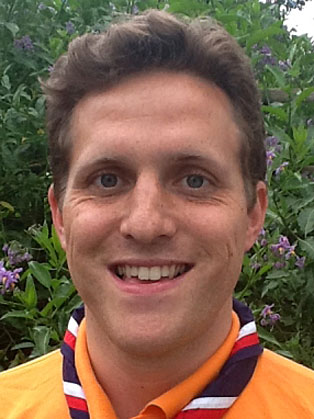 Ed Coats is best known for competing in a race to the South Pole alongside James Cracknell and Ben Fogle.

Ed is a doctor in Nottingham with degrees in Medicine, Extreme Human Physiology and Medical Law. In 2009 he took a break from Medicine to join James Cracknell and Ben Fogle on the first ever race of its kind to the South Pole. Ed completed a two-day selection course beating over 650 applicants to win his place on the team. The expedition and selection process was filmed for a 5-part TV series for BBC2 called ‘On Thin Ice’.

Ed Coats is a doctor in a busy Maternity Unit in Bristol with degrees in Medicine, Extreme Physiology and Medical Law. In 2009 Coats was chosen to join James Cracknell and Ben Fogle on their race to the South Pole, the first attempt of its kind since Captain Scott was beaten by Amundsen in 1912. Both the selection process and the race itself were captured in the BBC documentary On Thin Ice.

Six teams took part from around the world, skiing over 470 miles across Antarctica. The trio, who had little cross-country and no polar experience between them, skied for 16 hours a day in temperatures as low as minus 50 degrees Celsius. They eventually finished in second place, an achievement due in no small part to Ed’s clear-headed support and mediation between his two more experienced team mates.

Away from his day job as an obstetrician and gynaecologist at a busy maternity unit in Bristol, Ed has represented Britain as a decathlete and swum the English Channel with two different teams. The ‘30 at 30’ project saw him tackle thirty challenges, including the small matter of a Thames swim, a coast to coast race across Scotland and an endurance marathon on Dartmoor.