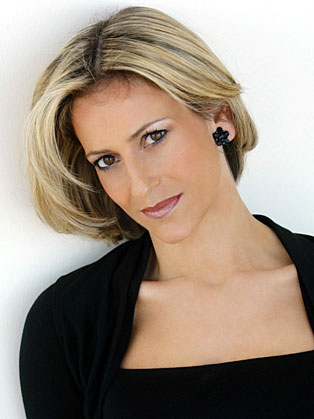 Emily is best known for being one of BBC News' main presenters.

Emily Maitlis started her career in news at NBC Asia as a business correspondent, but also presenting key events such as the transfer in sovereignty in Hong Kong, and the collapse of the tiger economies in 1997. Emily then moved to the UK, acting as a business correspondent for SKY News. In 2001, Emily transferred to BBC News, where she remains, presenting a range of news shows, becoming one of the main and most popular news presenters in the country.

Emily Maitlis is one of the main BBC news presenters. She presents Newsnight on BBC2, news bulletins on BBC1 and rolling news coverage on News 24. She has also worked alongside David Dimbleby to host Election coverage specials and the Budget and was recently nominated for an RTS award.

She previously worked at BBC London news, London's flagship news programme on BBC1. Before joining the BBC she worked for Sky News in this country, and for NBC News in Hong Kong, as a business correspondent.

She spent six years in the Far East reporting from around the region on longer format pieces from Cambodia, China and the Philippines and made a documentary for Radio 1 on the clubbing scene in Hong Kong after the Handover to China. She covered the Handover itself on location with the Channel 4 team.

Emily has also written for The Guardian and The Spectator, for whom she is now a contributor.

She is currently working on the BBC news coverage of the 2010 election as well as working in the US on a documentary also for the BBC.

Emily lives in West London with her husband and two sons, Milo and Max. She speaks French, Spanish and Italian, but contrary to popular belief her Mandarin Chinese is a bit rubbish.