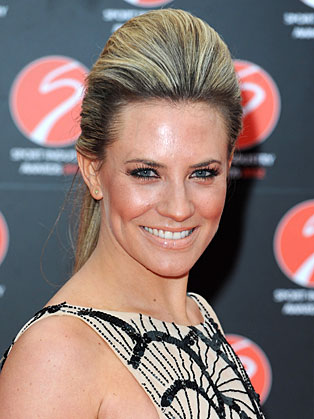 Georgie “Thompson” Ainslie is best known for her work on Sky Sports as a presenter. She is also married to sailor Ben Ainslie.

Georgie “Thompson” Ainslie (often referred to as “Lady Ainslie”) was born in Essex in 1977 and studied Broadcast Journalism at the University of Leeds.

After graduating, Thompson worked as a production assistant on a research and production scheme for GMTV before moving to Sky Sports in January 2001.

She has covered major sporting events for the network since then, including the US Open Tennis and has been part of Sky's coverage of the A1 Grand Prix, Grand Prix Masters, Speedway World Cup, Race of Champions, America's Cup and the 2011 Wimbledon Championships. She was a presenter on Sky Sports News, often presenting Afternoon Report, however she left in order to become a presenter on Sky Sports F1.

It was announced on 1 July 2014 that Thompson would be one of the new presenters of BBC Radio 5 Live's Saturday Morning comedy show Fighting Talk, sharing duties with comedian Josh Widdicombe.