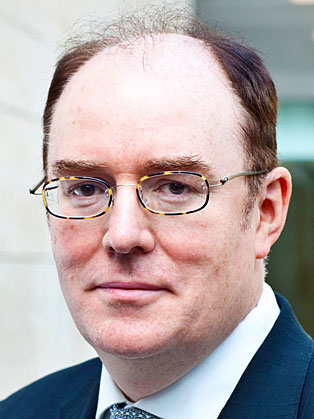 Gerard Lyons is a British economist.

Gerard Lyons is currently economic adviser to the Mayor of London. He is a regular commentator for Bloomberg and Sky News.

Gerard Lyons started his banking career in 1985 as an economist at Chase Manhattan Bank in New York. He went on to be Chief UK economist at Savory Milln, Chief UK economist at Swiss Bank Corporation and then Chief Economist at DKB. In1999 he joined Standard Chartered Bank as Chief Economist. In November 2012 Lyons announced he was stepping down from his position at the Standard Chartered. On 11 December 2012 the Mayor of London Boris Johnson announced that Lyons was to join his team as his chief Economic Adviser. Currently, he is on the advisory board of OMFIF where he is regularly involved in meetings regarding the financial and monetary system.

Lyons is a widely cited economic forecaster. In 1999, he opposed the UK adopting the euro, predicting that the combined currency would run into trouble, as occurred in the 2010 European soverign-debt crisis. He has repeatedly been awarded "top forecaster" by the Sunday Times.