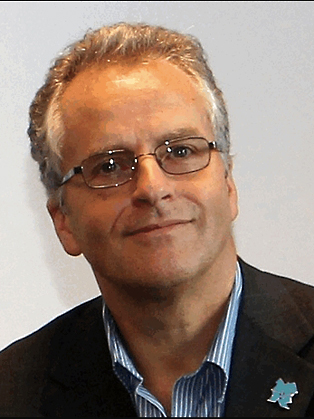 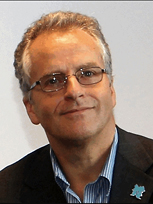 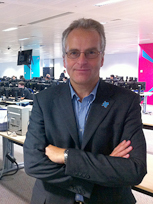 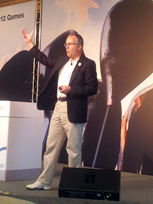 Chief Information and Technology Officer (CITO) for the International Olympic Committee. Former CIO for the London Organising Committee for the 2012 Olympic and Paralympic Games (LOCOG), providing the most technologically connected games ever.

Gerry Pennell OBE is a truly inspirational and motivational Team Leader, with an immense knowledge, understanding and experience of IT. His appointment as CIO with LOCOG affirmed his position as one of the worlds leading authorities in the implementation and successful delivery of consumers expectations of technology and information delivery in the 21st century. The achievement of the IT team, led by Gerry Pennell at the London 2012 Olympic Games has set a new gold standard for future Games to aspire to. Awarded European CIO of the Year 2013.

A graduate in Mathematics from the University of Manchester, Gerry’s career started in the development of mathematical models and real-time software for applications in anti-submarine warfare, gun and rocket artillery and for the Police.

He then spent seven years with Barclays Bank, particularly specialising in the planning and project management of electronic banking systems for global and corporate clients.

The next period in Gerry’s career was as a management consultant with PricewaterhouseCoopers where as well as delivering IS effectiveness and strategy studies for a number of organisations he also established a track record in troubleshooting and delivering large time-critical programmes and projects (particularly several M&A programmes in a quickly consolidating financial services sector).

He then took the role as Director of Technology for the 17th Commonwealth Games held in Manchester in 2002. This role required the establishment of the technology department, the selection of key suppliers and sponsors and direction of the delivery of the IT and telecommunications for the Games.

After the Games, and prior to joining LOCOG, Gerry was CIO for the Cooperative Financial Services and the Cooperative Group – a £9.5bn turnover group of businesses covering banking, insurance, retail etc. As well as the re-engineering of the internet bank smile and other major implementations, Gerry led an extensive modernisation programme, including the out-sourcing and off-shoring of significant elements of IT.

In November 2008, Gerry joined LOCOG as CIO responsible for the management and delivery of the very substantial technology programme required to stage the 2012 Olympic and Paralympic Games in London. Gerry was appointed a Member of the Olympic Order – the IOC's highest honour – in August 2012. Gerry was also honoured with the award of an OBE in the Queen's New Years Honours List 2013.

Gerry is currently Chief Information and Technology Officer (CITO) for the International Olympic Committee in Switzerland. Alongside this Gerry is a Crown Representative for the Cabinet Office and Non Executive Director to UCAS, assisting with the challenges associated with moving applications into the cloud, out-sourcing infrastructure management and implementing a more agile approach to delivery.