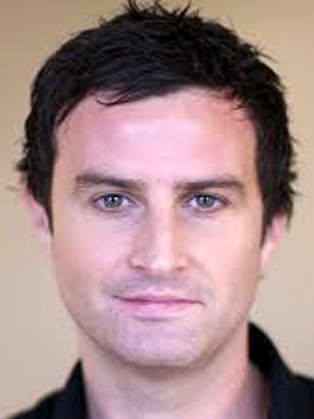 Giles Long MBE is one of the most successful Paralympic swimmers of our time.

Giles is a motivational speaker who energises organisations large and small with his speech Changing to Win across the world. Each organisation faces a unique set of challenges and Giles works to ensure he reflects these to illustrate a way forward.

Though his journey to elite success is very different from the typical athlete.

At the age of thirteen Giles was diagnosed with cancer. The bone tumour in his arm meant that his dreams of going to the Olympics, held as a seven-year-old boy, were shattered. Despite the apparent end of his potential competitive able-bodied swimming career, Giles carried on swimming, finding the process of goal setting and building a team around him, in a time of rapid change, not only focussing but also exhilarating.

He hit the international swimming circuit in 1993 and the success gained in France, Sweden and Malta, which unlocked his first SportsAid grant enabling him to stay in the sport whilst at university. Giles broke his first World Record at the age of 17 and in 1996 qualified for the 100m Butterfly at the Atlanta Paralympics as the fastest man in the world.

At the Sydney 2000 Paralympics Giles again took gold, setting a new World Record in the process. With one dream realised another had to be created. With that Giles decided to go for 3 Gold medals, from 3 Paralympics, in one event.

Taking hard decisions early, driving change earlier and keeping those in his team motivated, produced a performance at the Athens Paralympics in 2004, which Giles tells as a triumph in his speech. Giles uses his career to illustrate to others how far the extent of each individual’s team stretches, the importance of every individual as a leader, how they can use positive change to their advantage, and the intrinsic link between being inspired and being motivated.

Having written for the Daily Telegraph, his first book, Changing to Win, was released in October 2008 and reprinted in April 2010. Based on his own story; the book provides the reader with a powerful motivational tool whilst being an entertaining read as well. Giles was part of Channel 4 as lead expert on Swimming for the London 2012 Paralympic Games, having already presented the IPC World Swimming Championships, the European Championships, the Paralympic World Cup and the Fencing World Championships.

Clive James described him as “simply sensational.” Recently he became a BAFTA winner for being part of the Paralympic coverage.He is also the creator of LEXI, the ground-breaking graphics system that explained how Paralympic classification works for the first time on TV. LEXI has revolutionised the way disability sport is televised around the world.