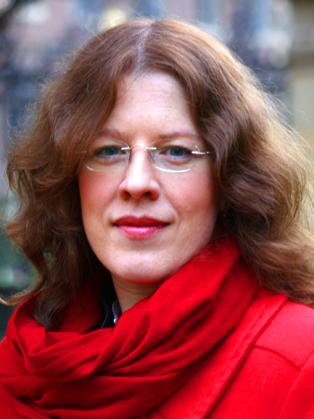 Gilly is a Senior Lecturer in Archaeology at the University of Cambridge. She is best known for her work on the German occupation of the Channel Islands during WWII and its long-term legacy.

Gilly is a Senior Lecturer in Archaeology at the University of Cambridge; she is also a Fellow of St Catharine’s College. She has published widely in the fields of history, archaeology and the heritage of the German occupation of the Channel Islands, 1940-1945. She also regularly speaks at international conferences in these areas. She is particularly passionate about victims of Nazi persecution and has pioneered the concept of ‘Occupation Archaeology’, the archaeology of military occupation during WWII. She is a firm believer in the role of academics as activists and interventionists in the memory and heritage of those they study.

Dr Carr has spent the last 20 years at Cambridge University investigating the archaeology of military occupation. She is a Senior Lecturer in Archaeology, and a Fellow and Director of Studies at St Catharine's College.

Dr Carr has been carrying out fieldwork in the Channel Islands since 2006, pioneering the concept of ‘Occupation Archaeology’ based on her analysis of the archaeology of the German occupation of WWII. Her interests within this field include POW studies, which led to the study of the arts and crafts produced by the 2,200 islanders deported to civilian internment camps in 1942 and 1943.  This research led to museum exhibitions in the Channel Islands, and the authored / co-edited volumes Occupied Behind Barbed Wire (2009), Cultural Heritage and Prisoners of War: Creativity behind barbed wire (2012) and Prisoners of War: Archaeology, Memory and Heritage of 19th and 20th century mass internment (2013).

Six years of fieldwork based on 70 years of heritage of the German occupation of the Channel Islands resulted in her recent book Legacies of Occupation: heritage, memory and archaeology in the Channel Islands (2014). She is currently helping Jersey Heritage with projects to prepare the island for the 70th anniversary celebrations of liberation from German rule.

Her position as one of only three university academics in Europe with a speciality in the German occupation of the Channel Islands led to her most recent book, co-written with the other two academics, Protest, Defiance and Resistance in the Channel Islands, 1940-1945 (2014). This landmark study refutes earlier allegations of Channel Island collaboration and places the islands firmly within European resistance studies of WWII, a position denied to them because of the absence of academic study in this field. As a sequel to this book, Dr Carr is currently writing A Legitimate Heritage? Testimonies of Nazi persecution in the Channel Islands, based on the little-known experiences of Channel Islanders in Nazi prisons and concentration camps.  A five-minute Youtube video showing some of her recent research can be seen here: https://www.youtube.com/watch?v=EHEHvUAI_B8.

Dr Carr’s commitment to Channel Islander victims of Nazism also extends to her recent excavation of a forced labour camp in Jersey in 2014. As a WWII ‘Conflict Archaeologist’, Dr Carr was also invited to help excavate Falstad punishment camp in Norway in 2014, an exciting excavation which yielded thousands of finds. There are blogs available for both excavations.

In addition to her regular presence at international conferences in the fields of war heritage, conflict archaeology and POW studies, Dr Carr is committed to publicising her work to local audiences. She thus regularly gives public lectures in the Channel Islands and to Channel Island groups in the UK at special events in the annual calendar such as Liberation Day and Holocaust Memorial Day. She also appears regularly on Channel Island television, radio programmes and in newspaper articles, and has featured in a number of television documentaries in her field. She also belongs to a number of international research groups