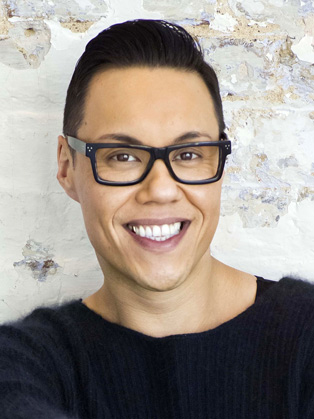 Fashion expert, award-winning TV presenter, author and all round national treasure, Gok Wan has taken the fashion and TV world by storm and has become one of the UK’s most sought-after entertainers.

Thanks to the overwhelming success of his Channel 4 series, How To Look Good Naked, which ran for six series, acclaimed fashion stylist and on-screen consultant, Gok Wan, is now an institution on our screens.

Gok Wan has hosted three series of Gok’s Fashion Fix (Channel 4) with a follow on series called Gok’s Clothes Roadshow; Get The Look For Less (Channel 4). And for all those lonely hearts out there looking for love and a makeover, Gok did not disappoint with his 2013 series Gok’s Style Secrets (Channel 4) giving women countrywide the confidence to get back on the dating scene in style!

In 2012, we saw Hotel GB brought to life with many a Gok-tail served as Mr Wan took bar-tending duties by the scruff of the neck. We also saw Gok exploring his family’s roots and what it means to be an Anglo-Asian in his 2013 documentary Made in China, where he discovered, amongst other oddities, how the abacus is still going strong in Kowloon and how a town has dedicated itself to the production of denim. He has also filmed a moving documentary on child obesity Too Fat Too Young and explored the modern day issues our teenagers are facing including sexuality, online-bullying and eating disorders in a three-part series called Gok’s Teens: The Naked Truth

Bringing something fresh and different to our screens has become Gok’s signature. To add to his growing repertoire of shows, Gok went back to what his family does best in his 2012 cookery show Gok Cooks Chinese. Here we see Gok dispel the myths of Chinese cookery and explore what dishes you should really be eating in your Chinese takeaway!

His on screen triumphs have led to six book deals, including his autobiography Through Thick and Thin, as well as the accompaniment to Gok Cooks Chinese.

He has now crystallized his position as a true champion for women with the launch of his own women’s wear range for Sainsbury’s, with his 21st collection launched on 10th Nov 2015. Released to critical acclaim, it went on to break UK sales records in 2011 allowing women up and down the country to fulfill their dreams and get well and truly Gok’d!

Despite Gok’s growing status as one of the UK’s most sought-after stylists and fashion ‘gurus’, he remains far from blasé (though a little mischievous) about his achievements, especially where his celebrity clients are concerned: “I never dreamt as a child that the people I danced around my bedroom singing to and tried to emulate style-wise, I’d one day get to tell what to wear!”