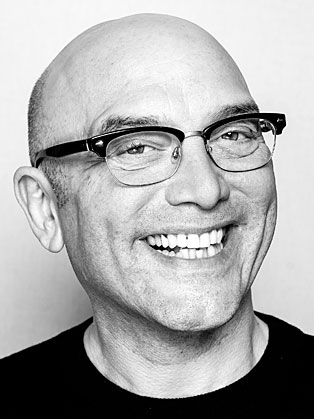 Gregg Wallace is a writer, media personality and former greengrocer.  He is probably best known for co-presenting MasterChef, Celebrity MasterChef and MasterChef: The Professionals on BBC 2 and BBC 1.

He began his career in Covent Garden Fruit and Veg Market.  In 1989 he started George Allan’s Greengrocers, a company that built up to an eventual turnover of £7.5 million.

Based on his business success, he was invited to co-present Veg Talk on BBC Radio 4 with Charlie Hicks.  He was the original presenter of Saturday Kitchen in 2002.  Other TV projects include:  Eat Well for Less, Turn back Time, Harvest, Supermarket Secrets and Who Do You Think You Are?  Of course, he is best known for MasterChef, Celebrity MasterChef and Professional MasterChef.

Gregg’s autobiography, Life on a Plate was published in 2012.