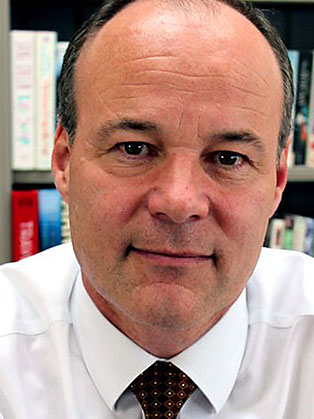 Hamish Taylor is known as the “master thief” based on his record of innovation by transferring ideas between sectors.

Hamish Taylor is an award winning former CEO and now an inspirational speaker/broadcaster. Following an outstanding fast track career and 10 years assisting some of the world’s leading organisations, Hamish is now in demand all over the world as a leading expert in Innovation/Change, Customer Focus/Brand Management and Leadership/Performance.

Hamish Taylor has an award winning record of driving innovation and change in a number of very different environments. Hamish was trained in Brand management at Procter and Gamble, a Management Consultant at Price Waterhouse, Head of Brands at British Airways, CEO of Eurostar, and CEO of Sainsburys Bank – all before he was 40! In each case, he left behind a record of significant growth/turnaround triggered by a willingness to challenge industry/organisation norms and place the customer at the core of all activities. He has also been dubbed the “master thief” by the Inspired Leaders Network due to his record of “stealing” ideas from one environment to use in another (including Yacht designers for aircraft interiors, Disney to help with airport queuing, and rugby referees for new approaches to risk/compliance).

In 2004, Hamish launched his speaking and consultancy career and, in the past 5 years alone, over 250 organisations in more than 45 different countries have sought Hamish’s inspiration. Hamish acts as a global advisor to some of the worlds largest companies (but is equally happy working with small companies) – often assisting with specific innovation projects, new business pursuits and/or people development. He is regularly featured in the broadcast media, his most recent project being the “Teen Canteen” television programme for the BBC.