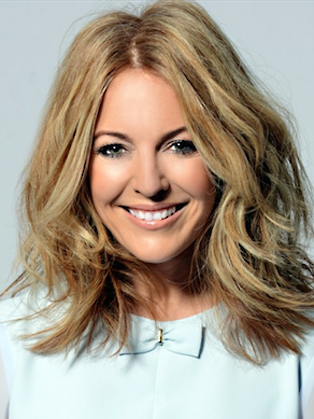 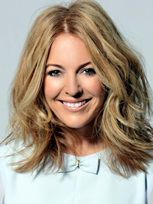 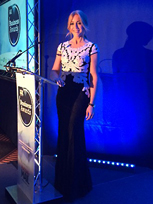 Helen Fospero is best known for her sofa appearances on ITV’s GMTV, Lorraine, BBC One’s The One Show and regularly in Dictionary Corner on Channel 4’s Countdown.

Helen Fospero is a trusted and familiar face on British TV. She is an accomplished awards host and conference chair with a background in journalism.

Helen followed in her father into journalism, working on regional newspapers and Fleet Street. Her break in television came when she was approached by Sky where she was a reported and presenter, hosting live 24 hour news.

She was ITV’s United States of America correspondent based in New York for three years, during which time she covered presidential elections and was the only British television journalist who witnessed the twin towers come down in New York on September 11th. She then spent the next year reporting the terrorist threat.

Helen is an experienced well-liked facilitator and host for corporate events. Recently some of her clients have inclued Rolls Royce, TransCity Rail and Hyundai.

Helen is equally comfortable grilling politicians and those from the business world as she is with celebrities.

Helen brought GM’s centenary celebrations in Cologne alive. She fronted the four hour live show infront of 6,000 dealership owners from all over the world. 32 languages were spoken in the arena and Helen took great care to make sure every pronunciation was correct. Her warmth, charm and professionalism wowed us all.

Helen isn’t just an amazing host but also a great mentor imparting all of her experience as a journalist and presenter helping you make your event flawless.

Helen is relentless in her preparation so has a firm grasp on the business issues we are addressing and the rationale for the change the meeting is intended to drive. This makes her not only very effective as a facilitator but she literally becomes a vital member of our team.